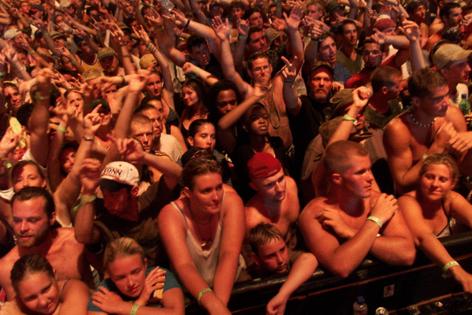 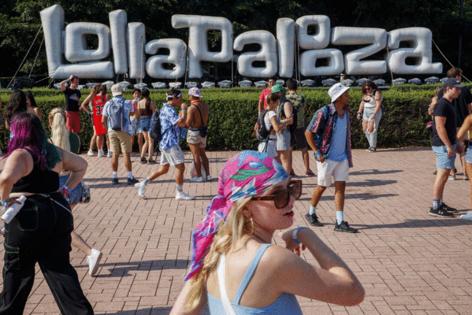 It was supposed to be a celebration of peace, love and music, but what they got was feces, anger and fire.

Woodstock '99, the historically gross disaster of a music festival, is the subject of Netflix's three-part documentary "Trainwreck" (which originally carried the even more apt title, "Clusterf—").

It's the second feature-length look at the ill-fated music fest in the last year, following HBO's "Woodstock 99: Peace, Love, and Rage" in 2021. Both are highly watchable and contain insights into how the three-day event went so spectacularly wrong; the HBO version does a better job of providing the necessary context about how it happened and what it meant in a larger societal sense, while "Trainwreck" has more on-the-ground footage from the wreckage once it was over.

The buzzy reaction from the two docs shows we're still reckoning with the fest in one way or another all these years later, or we're just fascinated by the symbolism of how, over the course of 30 years, Woodstock turned from a peaceful celebration to a veritable riot.

So let's dive in. Here are 10 lessons learned from Woodstock '99 and its pair of documentaries.

1. Limp Bizkit didn't cause a riot

... although the rap-rock nu-metalheads certainly didn't help matters. The group's set in the early evening of the fest's second day — the full performance is on YouTube, and is worth a watch as an anthropological study — is the most notorious of the weekend, and popular mythology has it that as soon as the group launched into "Break Stuff," the festgoers, well, broke stuff. That's not untrue, but it's an overly simplified version of events. Limp Bizkit's performance was arguably the most anticipated of the weekend; the group's second album "Significant Other" had just been released a month earlier and first single "Nookie" was everywhere, including at the top of MTV's "TRL" countdown (where it oddly traded spots almost every other day with "I Want it That Way" by Backstreet Boys; music in 1999 was weird, we'll get into that later). As Fred Durst and co. took the stage, festivalgoers had already spent a day and a half baking in the hot sun (the fest was held on a decommissioned Air Force base which, surprise, doesn't offer a lot of grass or shade), and the band gave a soundtrack to the stewing anger that was already bubbling up in the crowd. But it could have been much worse — security stopped Durst from surfing a piece of plywood over the crowd out to the delay towers, which would not have been good for anybody — and things actually did get much worse well after Limp Bizkit left the stage.

2. The Chili Peppers got off easy

The Red Hot Chili Peppers closed out the fest on Sunday night as things had already broken down well past the point of saving. It was during their set that the scene in the crowd actually became "Lord of the Flies," with fires popping up all over the grounds, while up until that point "Lord of the Flies" had just been a convenient metaphor for how things were going. It was late, the band could see it was bedlam and they had a choice to make when closing out their set: ramp things up or calm them down. Well, rather than finishing their encore with a cover of, say, "What the World Needs Now," the Chilis dusted off their version of Jimi Hendrix's "Fire" and let the chips fall where they may. It was the final song of the weekend, and in the aftermath there were even more fires set, festgoers looted the grounds of whatever was left to loot and New York state troopers were called in to quell the mobs. It's not the band's fault, but "Fire" certainly didn't calm anyone down, and it might not have been the best choice in the moment. (At least they didn't play "Break Stuff.")