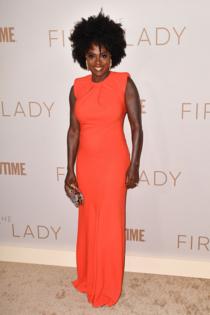 The Oscar winner, 57, is joining the “Hunger Games” prequel as the villainous head game-maker Dr. Volumnia Gaul in “The Ballad of Songbirds and Snakes,” based on the novel by the original trilogy’s scribe, Suzanne Collins, according to The Hollywood Reporter.

“The ‘Hunger Games’ films have always been elevated by their exceptional casting, and we are thrilled to be continuing that tradition with Viola Davis as Volumnia Gaul. Her formidable and powerful presence will add layers of complexity and menace to this story,” said Nathan Kahane, Lionsgate motion picture group president.

“Dr. Gaul is as cruel as she is creative and as fearsome as she is formidable,” said director Francis Lawrence, according to the outlet.

Lawrence, unrelated to the original franchise’s star Jennifer Lawrence, is a staple of the “Hunger Games” cinematic universe, having directed all but the first film.

The film will center on the origin of the original films’ President Coriolanus Snow (played in those installments by Donald Sutherland) tyrannical legacy by focusing on him as a teenager, brought to life by “Billy the Kid” star Tom Blyth. In the prequel, Snow has to prepare for the 10th Hunger Games — a competition until the death — by mentoring tribute Lucy Gray Baird (Rachel Zegler) of District 12, from which the original films’ and books’ heroine Katniss Everdeen (Jennifer Lawrence) hailed. Through that relationship “thinks he might be able to turn the odds in their favor,” according to the outlet.

Davis — whose resume boasts an Oscar, Emmy and two Tony awards — isn’t the only acclaimed actor to be lending her talents to the dystopian universe of Panem in the decades before Katniss dismantled the sadistic Capitol.

In addition to actress Lawrence — whose 2012 debut in the series occurred the year after her first Oscar nomination and the year prior to her first win — the “Hunger Games” films also starred the likes of Emmy winner and Oscar nom Woody Harrelson, Grammy winner Lenny Kravitz, Oscar winner Julianne Moore, Oscar nominee Stanley Tucci and the late Academy Award winner Philip Seymour Hoffman.