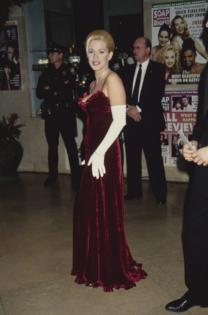 Soap opera star Robyn Griggs, who had roles on “One Life to Live” and “Another World” during the 1990s, died at age 49, a friend announced Saturday.

Griggs was diagnosed with stage 4 endocervical adenocarcinoma, a form of cervical cancer, in August 2020, according to a fundraiser that was set up on Facebook.

“She is no longer suffering and would want us to remember that and the good memories,” reads Saturday’s announcement.

“I will never forget how open she was to telling her story, and accepting of me helping her tell it. She wanted to help people and spread the word of her story to do it.”

She continued acting in the subsequent decades, repeatedly appearing in horror projects including the 2010 movie “Hellweek.”

Griggs frequently chronicled her battle with cancer, which left her unable to work, according to the Facebook fundraiser. A Facebook update last Thursday said Griggs was entering hospice care.