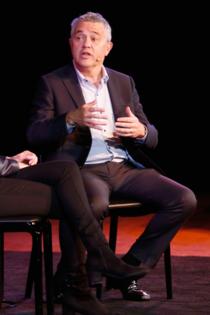 Toobin has been with CNN for 20 years. He made his departure public in a tweet.

Toobin was fired by the New Yorker on Nov. 11, 2020, after what was perhaps the most famously humiliating snafu of the work-at-home era created by the COVID-19 pandemic.

On Oct. 19, 2020, Toobin exposed his genitals during a virtual meeting with staffers from the New Yorker and WNYC radio in preparation for presidential election coverage.

But Toobin faced only a suspension at CNN, where he was allowed to return to the air after eight months. When he returned, he described the incident as “an embarrassingly stupid mistake.”

However, with personnel cuts expected across CNN parent Warner Bros. Discovery, Toobin apparently became expendable, especially since the news network has no shortage of legal analysts to put on the air.

The Zoom incident is not the first scandal in Toobin’s career. The pundit has a son by fellow lawyer Casey Greenfield, with whom he had a lengthy on-and-off affair. She got pregnant in 2008, but he didn’t admit paternity until sometime later, after a DNA test.

Toobin has been married to Amy McIntosh for more than 30 years, and they have two children.