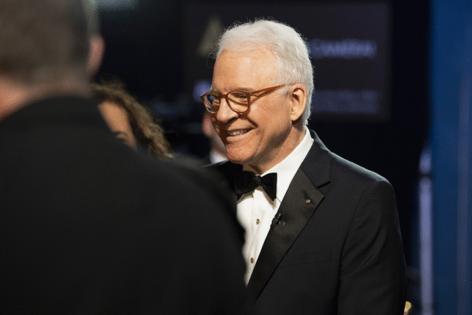 Only retirement on the horizon.

You might not see Steve Martin popping up on your screen for much longer.

The Emmy-winning comedy star, 76, told The Hollywood Reporter in a new interview that once Hulu’s “Only Murders in the Building” concludes, he intends on retiring.

“We were very happy just doing the live show,” Martin told the outlet of his most recent tour with “Only Murders” co-star Martin Short, “You Won’t Believe What They Look Like Today!”

“There may be a natural end to that — somebody gets sick, somebody just wears out — but I wouldn’t do it without Marty,” he said.

The Emmy-winning show, which premiered on Hulu last year and recently returned for its second season, stars Martin, Short, and Selena Gomez as a trio of New York neighbors who are preoccupied with true crime podcasts and start their own to solve a murder in their building.

A safari adventure that turns into a battle for survival tops the DVD releases for the week of Oct. 11.

"Beast": Idris Elba stars as a father trying to keep his daughters from becoming lunch after crossing paths with a ...Read More