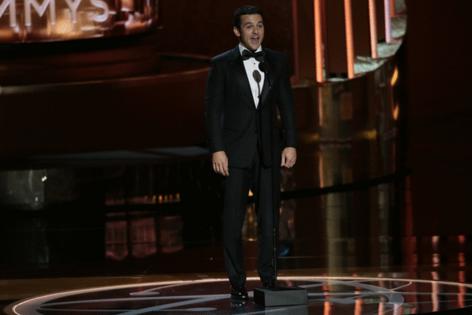 That question might leave some Gen X-ers rolling their eyes, because, duh: He’s Kevin Arnold, the star of “The Wonder Years,” who had a crush on Winnie Cooper, the girl who lived across the street, and grew up before our eyes.

But generations who weren’t glued to the TV back then might know Savage more from the misconduct accusations that were leveled against the actor-director earlier this year. They were significant enough to cost him his executive producer and director jobs on the current ABC reboot of that coming-of-age TV comedy.

On Tuesday, the women who accused 46-year-old Savage of misconduct earlier this year opened up to the Hollywood Reporter with details of their allegations. “I and the other women feel that people need to know what the wrongdoing was,” one woman told the trade publication.

In light of that article, here’s some background on the man who played Kevin Arnold — and has been dealing with accusations of inappropriate behavior on set since he was 16.

The Chicago native had already been acting for years when, at age 12, he landed the lead role in the envelope-pushing 1980s family sitcom “The Wonder Years.” On the show, Savage’s Kevin Arnold and friends Winnie Cooper (Danica McKellar) and Paul Pfeiffer (Josh Saviano) grew up in middle-class suburbia in the late 1960s and early ’70s. When Savage was 13, he became the youngest person ever nominated for an Emmy for lead actor in a comedy series. He was nominated the next year too.

“The Wonder Years” was, as former L.A. Times TV critic Howard Rosenberg wrote in 1989, “the only series about kids that seems to have been designed and written by people who actually were kids.”

Since then, notable Savage roles have included the sitcoms “Working” and “The Grinder,” where in 2015 and 2016 Savage played a lawyer with an annoying older actor brother (Rob Lowe) who thought he was qualified to work as an attorney, too, because he had played one on TV.

Savage has also voiced a number of animated roles and, more significantly, directed dozens of episodes for TV shows including “Wizards of Waverly Place,” “It’s Always Sunny in Philadelphia,” “2 Broke Girls,” “Modern Family” and “The Conners.”