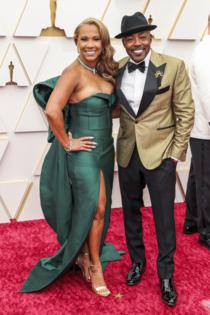 Will Packer, who produced this year’s controversial and tumultuous Oscars ceremony, is praising Will Smith’s long-awaited apology last month to Chris Rock for The Slap Heard ‘Round the World.

“I love the fact that he’s being so transparent about his process,” the “Girls Trip” producer, 48, told “Entertainment Tonight” in a new interview.

“Clearly he is going through his own rehabilitation,” he said, noting he’s “pulling” for 53-year-old Smith, who took home the Academy Award for best actor in “King Richard” on the heels of the incident.

“I’m pulling for him to continue his own process, but I think this is for him,” said Packer. “He needs to do it.”

Packer didn’t share with the outlet whether he’s been in contact with Smith or Rock, 57, since the former slapped the Brooklyn-born comic after Rock joked that Jada Pinkett Smith’s shorter haircut looked like “G.I. Jane 2.” The “Red Table Talk” host, 50, has been open about her struggle with alopecia.

Though Smith subsequently received a standing ovation upon accepting his award — a move that has since been criticized by many — the Academy of Motion Picture Arts and Sciences initiated a formal review into the incident. It didn’t take long before the Academy hit Smith with a 10-year ban from attending any of its events.

Smith late last month took to Facebook with a filmed apology to Rock, noting that the latter had made clear he wasn’t ready to speak to the actor.

Rock appeared to respond in a comedy set just hours later, saying: “Everybody is trying to be a f—ing victim. If everybody claims to be a victim, then nobody will hear the real victims.”