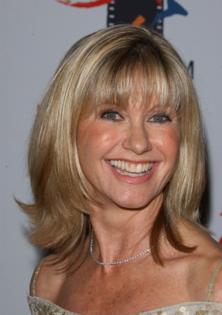 Newton-John, who died Monday at age 73, is being remember by the London production of “Grease the Musical,” which dedicated its upcoming performances to the star, according to Entertainment Weekly.

“She is an icon who has inspired countless young performers across the world, especially all of us in this company,” Olivia Moore, who plays the Sandy character made famous by Newton-John in the 1978 “Grease” movie, said after Tuesday’s show on the West End.

“It is a huge honor to follow in Olivia’s footsteps each night and perform those songs that she made world-famous with millions of fans that continue to celebrate her incredible talent. We are dedicating our run of ‘Grease’ to Olivia’s memory and all that she stood for.”

An official cause of death has not been released for Newton-John, who was open about her decadeslong battle with cancer.

In addition to starring alongside John Travolta in “Grease,” the Australian-born Newton-John was a pop star known for hits such as “Physical,” “Magic” and “Hopelessly Devoted to You.”

Travolta was among the stars who paid tribute after Newton-John’s death.

“My dearest Olivia, you made all of our lives so much better,” Travolta wrote in an Instagram post Monday. “Your impact was incredible. I love you so much. We will see you down the road and we will all be together again. Yours from the first moment I saw you and forever!”