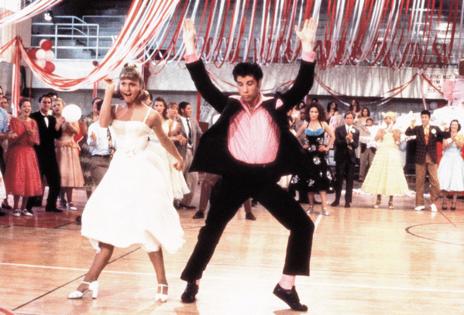 Olivia Newton-John and John Travolta were a couple only when they appeared together on the big screen. But their platonic love for each other endured long after they played Sandy and Danny in the hit 1978 movie “Grease.”

“My dearest Olivia, you made all of our lives so much better,” Travolta, 68, wrote Monday on Instagram after learning of Newton-John’s death that day at age 73. “Your impact was incredible. I love you so much. We will see you down the road and we will all be together again. Yours from the first moment I saw you and forever! Your Danny, your John!”

Theirs was a friendship forged in the extreme heat of “Grease,” filmed when they were both in their 20s. In 2018, Travolta explained the strength of their decadeslong relationship.

“When you share that kind of meteoric success — and nothing has been able to exceed it — you share a bond,” he told People as the movie marked its 40th anniversary. “I’ve been through her having a child, getting divorced, losing her sister. She’s been through my getting married, having children. It’s wonderful and full of shared memories.”

Newton-John gave her take on their relationship as well, telling People, “We did something life-changing, making that film. [At the premiere] you got the feeling from the energy that something was happening. It was a huge response. I feel grateful to be a part of that and to have worked with him. We’ve stayed friends ever since.”

Travolta always took the time to reach out to her when things were tough, she said.

Over the decades, the actor-singers could be seen mingling at annual G’Day USA events promoting diplomatic and economic ties between the United States and Newton-John’s home country, Australia. Travolta, a pilot who has long been referred to as an “honorary Australian,” also has a long-standing relationship with event sponsor Qantas.

Travolta and Newton-John were also excellent “Grease” ambassadors in the more than 40 years since the movie premiered, showing up when Paramount Pictures released a half-dozen of its top musicals on DVD and participating in events like the 2019 “Meet ’n’ Grease” session that followed a movie sing-along in Palm Beach, Florida. “We love singing together,” Travolta said during that Q&A. “So anything is possible.”

At a 40th anniversary celebration of the movie, speaking on a panel discussion presented by the motion picture academy, he said Newton-John was his “favorite thing about doing ‘Grease.’” He remembered giving input when she was cast: “I said there is no other person in the universe other than Olivia Newton-John to play Sandy. You must cast her.”