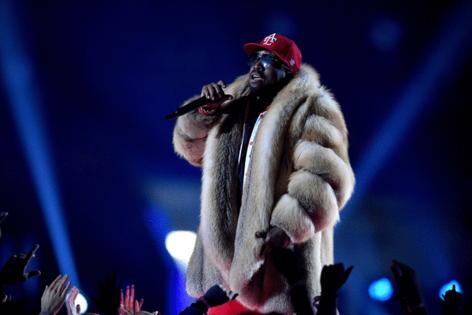 The organizers of the new festival posted a vague statement on social media Monday afternoon attributing unspecified “recent events” for cancelling this weekend’s festivities. It was set for Saturday from 11 a.m. to 11 p.m. More than 50 Atlanta-based vendors and music acts were expected, such as Niko Moon, Roscoe Dash, Travis Porter, Ricky Retro and Hedonistas.

“In light of recent events, we have made the conscious decision to pause this year’s 404 Festival to explore options that will allow our fans to celebrate the community inclusion, growth, and appreciation of the City of Atlanta,” the organizers wrote. “While every step was taken to responsibly host the event, a certain level of community sentiment ultimately led to the decision.”

The statement did not specify how strong festival ticket sales were.

The Atlanta Sports and Social Club, which runs other events like next month’s The Atlanta Grilled Cheese Festival and the Uncorked Atlanta Wine Festival in October at Pullman Yards, put together the 404 Festival.

404 Festival organizers Kevin Cregan and Derrick Palms have not responded to inquiries via social media. A publicist representing the festival didn’t add any real specifics to why they canceled but did write in an email: “Ultimately, Atlanta Sport and Social Club hold themselves to a high standard when creating and executing events, and given that the 404 Festival will become a marquee event for the group, they made the decision to take a step back and re-approach.”

Last week, Music Midtown canceled its annual event without citing a specific reason. But people with knowledge of the matter told The Atlanta Journal-Constitution it was over concerns regarding gun laws that prevent Live Nation, Music Midtown’s private operators, from stopping attendees from carrying guns during an event on public property using a temporary permit.

That specific situation doesn’t appear to be an issue with the 404 Festival. Pullman Yards bans guns on its property.

The organizers said they are “working to secure new dates for the 404 Festival, which we will announce shortly. Ticket holders and vendors will be automatically refunded. A refund will be processed in seven to 10 business days.”