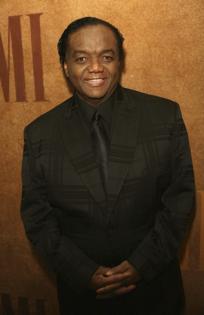 At 11, the Detroit native, who grew up with his strict grandmother, a choir director, wrote a poem, called "A Song," about how music affects the human psyche, that his teacher, Edith Burke, posted on a classroom bulletin board at his school, Edgar Allan Poe Elementary. It stayed there for six months and he credited Burke with sparking his creativity.

"That stimulated me a lot to continue my writing. That lady did a lot for me," said Dozier.

And Dozier did a lot for the music world. The legendary songwriter and producer was one third of the iconic Motown songwriting and producing trio, Holland-Dozier-Holland, considered one of the most accomplished music writing groups in modern popular music. Together, they put Motown's sound on the musical map in the 1960s, writing hits such as "Baby Love" and "Stop! In the Name of Love." Dozier died Monday at the age of 81.

"As part of the unmatched song writing and production team of Holland Dozier Holland, Lamont Dozier is largely responsible for shaping the Motown Sound," said Robin Terry, chairwoman and CEO of the Motown Museum.

Dozier and the Holland brothers wrote and produced songs for nearly all of Motown's biggest acts, including the Supremes, the Four Tops, Marvin Gaye and the Temptations. They wrote more than 400 songs together — including "Where Did Our Love Go," "(Reach Out) I'll Be There," and "Bernadette" — 130 of which scored on the Pop Charts and more than 70 that were Top 10 Hits, according to the Songwriters Hall of Fame. And more than 40 reached the number one chart position.

In 1987, the National Academy of Songwriters awarded the trio its Lifetime Achievement Award.

Born in Detroit on June 16, 1941, Dozier started writing songs and lyrics before he was even a teenager, according to the Songwriters Hall of Fame.

At 13, he founded a group called the Romeos and was signed to Atco Records in 1957. The band had a charting R&B record with the song, "Fine Fine Baby." After the Romeos broke up, Dozier joined the Voicemasters, a doo-wop band on Anna Records.