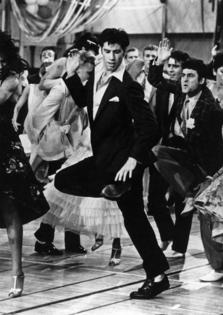 Fans, peers and co-stars are honoring “Grease” lead Olivia Newton-John shortly after her death was announced Monday. The singer-actor died at 73 at her ranch in Southern California. Although a cause of death wasn’t revealed, Newton-John had fought breast cancer for 30 years.

Among those paying tribute on social media was John Travolta, who said his “Grease” co-star — who played Sandy to his Danny in the 1978 musical comedy — “made all of our lives so much better.”

“Your impact was incredible. I love you so much. We will see you down the road and we will all be together again. Yours from the first moment I saw you and forever! Your Danny, your John!,” he wrote in an Instagram post.

“Really sad to hear about the passing of Olivia Newton-John. My first real crush as a kid. I loved Grease & her music & I coincidentally also bought & lived in a for a while the wonderful home she built in Malibu. May she Rest In Peace,” Gunn tweeted.

Comedian Dane Cook thanked Newton-John for “wonderful music and fun memories.” Also sharing their praise for the “Physical” hitmaker were George Takei, Marlee Matlin and Gabrielle Union, among others.

""Grease” is my #1 movie of all time and made me a lifelong Olivia Newton John fan,” tweeted Union. “Me and my sister watched Xanadu more times than I could count. Sending so much love and prayers to a real gift of a woman and talent.”

“I remember being so star struck when I met her at my first Hollywood gathering for Paramount,” tweeted Matlin. “She was the sweetest and brightest light and I loved getting to know her on ‘It’s My Party.’ RIP dear, sweet Olivia.”