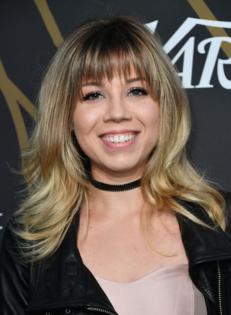 Former child star Jennette McCurdy pulled back the curtain on her frustrating and unsettling experiences working for an allegedly inappropriate man at Nickelodeon whom she refers to only as "the Creator" in her forthcoming memoir.

The "iCarly" and "Sam & Cat" alum details the allegations in "I'm Glad My Mom Died," which delves into her work, eating disorder and fraught relationship with her mother (who, she says, "taught" her said eating disorder at age 11). Simon & Schuster will publish the intimate memoir Tuesday.

But an excerpt published Friday by Vanity Fair (and also reviewed by the Los Angeles Times) shares her account about "the Creator," who she claims pressured her to drink while underage and massaged her while making promises about her show.

McCurdy, 30, also alleges that Nickelodeon offered her $300,000 to keep quiet about it.

Representatives for Nickelodeon did not respond Friday to the Times' request for comment.

McCurdy played the spontaneous Sam Puckett in the channel's hit live-action comedy "iCarly" for six seasons from 2007 to 2012 — a show she booked at the age of 14 and also says she was "humiliated to be a part of." She starred alongside Miranda Cosgrove (Carly), who became her real-life bestie, and Nathan Kress (Freddie), and then starred in a short-lived spinoff called "Sam & Cat" with Ariana Grande.

She alleges the abuse occurred in the lead-up to "Sam & Cat," a show she hated for various reasons — many of which had to do with her budding co-star's absences while Grande pursued her music career.

In an anecdote about having another "frequent" dinner with "the Creator" while her contract for the spinoff was being worked out, McCurdy says he pushed her — at 18 — to have a sip of his spiked coffee. She previously described him as having two sides: one being "generous and over-the-top complimentary," and the other as "mean-spirited, controlling, and terrifying" and capable of making "grown men and women cry with his insults and degradation."

"The Creator is doing the thing that I've heard from my co-stars he does with every new star of a show that he's making — he takes you under his wing. You're his favorite. For now. I like being his favorite for now. I feel like I'm doing something right," she writes, adding, "I'm confused. He just said he could choose anyone, which made me feel not special and now he's saying he chose me because I'm talented, which makes me feel special again. This kind of confusion is normal around him."

During that dinner, she says, he placed his hand on her knee and massaged her shoulders, but she was too afraid to tell him to stop.