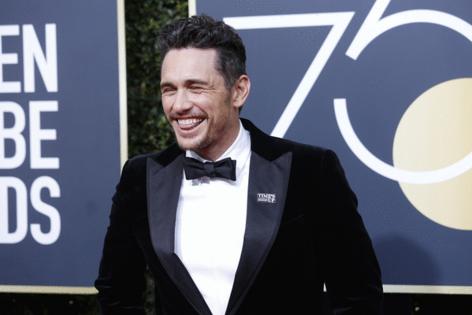 James Franco is working his way back into the spotlight.

The 44-year-old Oscar-nominated “127 Hours” star — who has largely been out of the spotlight since 2018 when he was the subject of sexual misconduct allegations by five women, including four of his students — will portray Fidel Castro in “Alina of Cuba,” Variety reports.

The indie project will center on the life of Alina Fernandez, played by Ana Villafane, the illegitimate daughter of the Cuban revolutionary and his critic, according to the outlet.

The film, on which Fernandez is a consultant, is expected to start filming later this month in Colombia, according to Variety.

Last month, it was announced that Franco would have a role in Billie August’s post-war film, “Me, You,” due out next year.

Franco and his associates in June of 2021 agreed to pay more than $2.2 million to settle a sexual harassment lawsuit in Los Angeles. In December, he told SiriusXM’s “The Jess Cagle Podcast” that while teaching at his acting school, he “did sleep with students, and that was wrong.

“It’s not why I started the school,” he said at the time. “And I wasn’t the person that selected the people to be in the class. So it wasn’t a master plan on my part, but yes, there were certain instances where, you know what, I was in a consensual thing with a student, and I shouldn’t have been.”

Franco has not appeared on screens big or small since 2019, when HBO’s “The Deuce” — in which he starred — wrapped. That year, he also had a voice role in “Arctic Dogs.”

Franco’s IMDb shows that in addition to “Me, You” and “Alina of Cuba,” he is in preproduction for Jon Amiel’s “Mace,” and has completed work on Bruce Thierry Cheung’s “Kill the Czar.” He’s also set to star in and direct “The Long Home.”

One of Machine Gun Kelly’s tour buses was defaced with a homophobic slur and a vulgar drawing in Nebraska on Thursday — but the rap rocker said that whoever did it missed the mark.

The incident happened ahead of Kelly...Read More