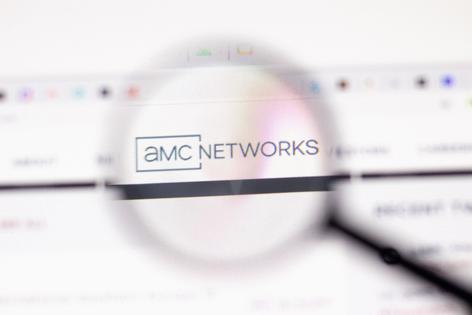 Spade, whose appointment was announced Friday, joined the company in January 2021, serving as chief financial officer and chief operating officer. She previously held executive posts at Viacom and ViacomCBS, the precursors of what is now Paramount Global.

AMC Networks, which has an array of cable channels and streaming services including AMC, BBC America, Sundance TV and Acorn TV, has been run by Blank since September, after Ed Carroll stepped down after 25 years at the company. Blank, a cable industry veteran who oversaw the chief executive search, worked with Spade when both were at Paramount's Showtime Networks.

The change at the top comes as AMC Networks attempts to navigate the TV industry's transition to streaming. The company has been adding subscribers to its streaming channels — reporting 10.8 million in its second quarter earnings, up from 7.4 million a year ago.

But its legacy cable business continues to face the pressure of cable cord-cutting and declining viewership.

AMC Entertainment is expecting low single-digit revenue growth in 2022, and operating income is expected to be down 10% for the year due to increased investments in technology, content and marketing, the company said.

Spade was chief financial officer at CBS Corp. before its merger with Viacom. She retained her role there after the companies were combined. She spent 21 years in various roles at Showtime.

"Chris is a strong, versatile leader whom I've known and worked closely with for more than 20 years, and I know she'll bring her strong business and leadership skills, and passion for this company, to her new role," Blank said in a statement.

AMC Networks has frequently been mentioned as a potential acquisition candidate for a larger media company. But the company, controlled by Charles Dolan and his family, has continued to forge its own path with the development of niche streaming services to supplement its mature linear cable TV networks.

The company has also been dealing with turnover in its creative ranks in recent years, with Sara Barnett stepping down in 2020 as president of AMC Networks Group just 18 months after succeeding Charlie Collier. Veteran programming executive Dan McDermott took over in October.

AMC also announced Patrick O'Connell will succeed Spade as chief financial officer. He joins the company from Branded, a consumer e-commerce company where he led strategic planning, financing and acquisitions.