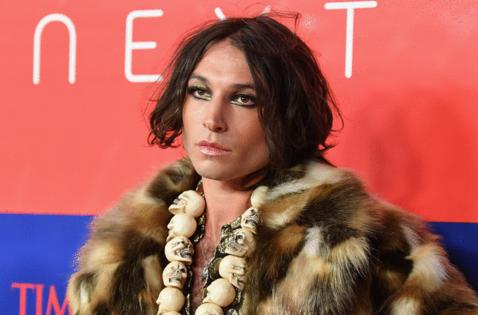 The DC film universe is in the middle of a shakeup, but unscathed from the fallout is "The Flash," starring the embattled Ezra Miller.

Two days after the surprising news that Warner Bros. Discovery had decided to scrap release plans for the already completed "Batgirl," Chief Executive David Zaslav seemed to suggest that the film centered on the beloved speedster will continue to move along for its June 2023 release.

"We have seen 'The Flash, 'Black Adam' and 'Shazam 2.' We think they are terrific and we think we can make them even better," Zaslav said during the media company's second-quarter earnings call Thursday.

"The Flash," which is set to premiere June 23, 2023, features in its titular role Miller, who has been embroiled in a number of controversies in recent years.

In 2020, the actor wrestled and grabbed a female fan by the throat in Reykjavik, Iceland.

This year, the allegations against Miller have grown. They were arrested twice in Hawaii, including an incident in which they were suspected of throwing a chair at a woman's head, and faced a protective order after they were accused of "psychologically manipulating, physically intimidating and endangering the safety and welfare" of an 18-year-old in North Dakota.

Members of the team behind "Batgirl" had their own reactions to the unexpected drop from the DC lineup, but social media users were quick to take notice of Warner Bros. Discovery's "genuinely bizarre" decision to move forward with "The Flash."

"WB not cancelling The Flash after all the Ezra Miller bulls— but they cancel Batgirl????? HUH?????," tweeted user @comicyehu.

"Cancelling Batgirl because it isn't a 'big event film' but keeping The Flash after all the Ezra Miller news is a WILD choice," wrote @mainmarvel.

"Batgirl," which starred "In the Heights" breakout Leslie Grace, cost an estimated $90 million to make. Sources said the film fell short of the company's expectations for the central comic book's franchise and no longer fit with the studio's strategy.

The DC film shuffle is part of larger moves as a result of the merger of Warner Bros. and Discovery. Zaslav also announced Thursday that HBO Max and Discovery+ will combine to form the larger Warner Bros. Discovery streaming platform, which will launch in summer 2023.