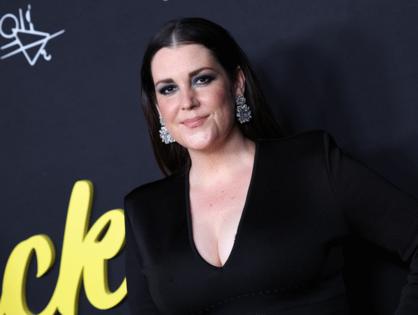 Melanie Lynskey started talking about herself as a character actor very early on, she said in a recent interview — possibly because deflecting the spotlight was easier than having makeup and costume people constantly body-shame her size-4 frame as unacceptably fat.

“I think I just was like, ‘That’s what I am,’” the star of Showtime’s “Yellowjackets” told the Hollywood Reporter in an interview published Wednesday.

Plus, she told the L.A. Times this week, she was dealing with an eating disorder around that time.

The actor has been recalling playing Piper Perabo’s “best friend from Jersey” in the 2000 movie “Coyote Ugly.” The flick depicted women who were all, as screenwriter Gina Wendkos once described them, “sexy, they’re hot, but they’re not objects of sexuality.”

"[T]he scrutiny that was on Piper, who’s one of the coolest, smartest women, just the way people were talking about her body, talking about her appearance, focusing on what she was eating. All the girls had this regimen they had to go on,” Lynskey recently told THR. “It was ridiculous.”

Around that time, through the 1990s, Lynskey — now known and appreciated for her nervous, off-center charm — was getting a lot of feedback about all the ways she wasn’t “right.”

“It was really hard ...,” she told the L.A. Times this week. “The ways my body wasn’t what they wanted. I didn’t wear enough makeup. My clothes weren’t tight enough. If my clothes were tight enough, my body had problems. People were so thin, and I was a tiny little person at that time, but just always told, like, ‘Not enough, not enough.’ And it was very demoralizing. It was difficult. It sort of stripped me of that confidence that I had.”

“I was already starving myself and as thin as I could possibly be for this body, and I was still a [size] four,” she told THR about that on-set experience. “That was already people putting a lot of Spanx on me in wardrobe fittings and being very disappointed when they saw me, the costume designer being like, ‘Nobody told me there would be girls like you.’”

Girls like you, indeed. These days, Lynskey is an Emmy nominee for actress in a drama series for her work in “Yellowjackets.” (She also starred in Hulu’s “Candy” miniseries this year.)

It’s been quite a journey since four boys from a quiet Colorado mountain town had to figure out why one of them had alien technology embedded inside of him after being subjected to probes by extraterrestrials a quarter ...Read More

CHICAGO — You’ve likely heard this before, or felt it in your bones, but it’s horrifying, debilitating and worth repeating, especially right now, as we head into a political season: At least half of this country ...Read More

Q: I just wanted to say a lot of people don’t have access to streaming services like Hulu, Disney+, Discovery+, Netflix, Prime Video and so on. It would be hard to watch things ...Read More

The rumors are true: Alyssa Farah Griffin, the former director of strategic communications for the Trump administration, has replaced Meghan McCain on ABC’s daytime talk show “The View.” But she isn’t the only one....Read More

ATLANTA — This year’s Music Midtown festival, a showcase event slated to bring tens of thousands of people and big-name artists to Piedmont Park over two days in September, was canceled Monday in part due to the state�...Read More