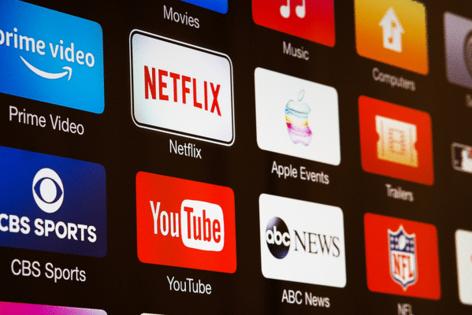 Q: I just wanted to say a lot of people don’t have access to streaming services like Hulu, Disney+, Discovery+, Netflix, Prime Video and so on. It would be hard to watch things we like — “SEAL Team,” “Dancing with the Stars” and so much more — if we don’t have a way. Do you know of some way we can watch these shows after they leave regular TV? We pay more than enough for cable and streaming would cost more.

A: This and many other questions here have mentioned the dilemma of seeing shows that are streaming when you don’t have access to streamers. And it’s going to get tougher for some viewers; NBC recently announced it is moving new episodes of daytime drama “Days of Our Lives” from broadcast to its streaming service Peacock in September, with the old “Days” broadcast slot going to a new series, “NBC News Daily.”

In a statement about moving “Days,” the chairman of NBCUniversal Television and Streaming said, “This programming shift benefits both Peacock and NBC and is reflective of our broader strategy to utilize our portfolio to maximize reach and strengthen engagement with viewers. With a large percentage of the ‘Days of Our Lives’ audience already watching digitally, this move enables us to build the show’s loyal fanbase on streaming while simultaneously bolstering the network daytime offering with an urgent, live programming opportunity for partners and consumers.”

Which does not help the people who only watch “Days” via broadcast or cable, and who do not have, want or understand streaming. For those folks, this pretty much sucks.

But remember when cable came along? Instead of your TV options being on a limited number of broadcast stations, you were expected to pay to get the larger range of offerings on cable. It was a way for programmers to make more money. And so is streaming, which pursues people who have cut their cable cords or are willing to pay extra to see something specific such as extra sports or "Star Trek" sequels.

Televised entertainment companies are not charities. There’s money in streaming — money that can make up for declines in broadcast, cable and other areas — and they want it.

What remains to be seen is whether some of those streamers will last. In cable’s heyday, there were channels that did not last or merged with other channels. The paid-for streamers are operating in a universe with not only other paid streamers but more and more free ones, leading to pain for some providers. Both Netflix and HBO Max have faced major cutbacks lately. Services have also looked at their pricing for ways to be more competitive. Many services have set up multiple pricing tiers, for example by offering a lower-priced tier that includes commercials. Netflix and Disney+ are both preparing commercial tiers, according to recent reports. And Discovery+ and HBO Max are planning to combine into a single streamer in 2023.

Even then, consumers are looking at other ways to cope.

Kourtnee Jackson of CNET.com recently urged viewers: “Churn like ice cream. … Subscribe for a period, cancel, choose a different service, then resubscribe, keeping your favorites in a rotation. Feel free to pick one or two must-haves for the year and treat additional streaming providers like seasonal add-ons. The upside is that you get to save money when Netflix, Disney Plus, HBO Max and others don't have the content you want to watch at a given time. Just remember to shut off auto-renewal for your monthly subscription.”

Again, this does not help all viewers, especially when some shows do not find their way from streaming to “regular TV,” digital or discs because streamers want to keep them in-house as consumer draws. But harsh as this all is, it's economic reality.