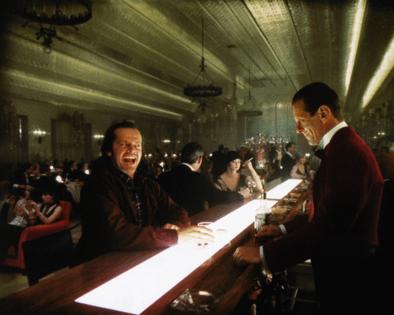 NEW YORK — Brooklyn-born actor Joe Turkel, best known for playing spooky bartender Lloyd in “The Shining” and an android maker in “Blade Runner,” has died at 94.

According to Variety, his death came Monday in Santa Monica, California, ending a prolific career that included more than 100 film and television roles.

Turkel served in the Army during World War II before heading to Hollywood to work with heavyweights including director Stanley Kubrick, who directed him in 1980′s “The Shining,” the 1956 film “The Killing,” and “Paths of Glory,” where in 1957, Turkel played a soldier. He reportedly called the latter his favorite among the movies he did. It starred Kirk Douglas.

On the small screen, Turkel was often cast alongside tough guys in cop shows including “S.W.A.T.,” “Adam-12,” and “Dragnet” as well as Westerns like “The Lone Ranger,” “Bonanza,” and “The Life and Legend of Wyatt Earp.”

IMDB says that his last screen appearance was in the futuristic 1990 sci-fi film “The Dark Side of the Moon,” which is set in 2022.

Variety reported that Turkel completed an autobiography before his death that is expected to be released posthumously. It’s called “The Misery of Success.”

Denise Dowse, a prolific performer known for roles in "Insecure" and "Beverly Hills, 90210," has died, her manager confirmed Sunday to the Los Angeles Times. She was 64.

It’s full speed ahead for Brad Pitt’s “Bullet Train,” which won the box office for a second weekend in a row.

The action-comedy added $13.4 million in North America between Friday and Sunday to lead a quiet box ...Read More

Soap opera star Robyn Griggs, who had roles on “One Life to Live” and “Another World” during the 1990s, died at age 49, a friend announced Saturday.