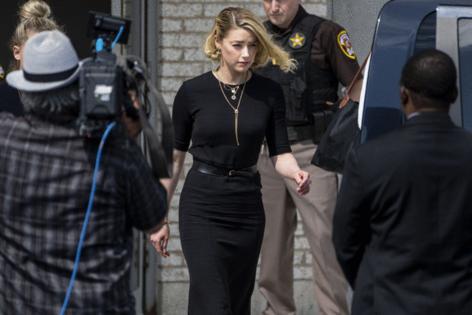 As expected, Amber Heard has filed to have the verdict thrown out in ex-husband Johnny Depp’s defamation lawsuit against her. But beyond the predicted claims, the “Aquaman” star has also accused the Virginia court of not properly vetting one of the jurors.

In a 44-page memorandum filed Friday in Fairfax County, Virginia, Heard’s lawyers called for an investigation into possible “improper juror service,” alleging that there was a “discrepancy” about the age of one of the jurors who was born in 1970, not 1945 as reported by the court.

“Given the requirements for verification of each juror, it appears the identity of the juror was not verified,” reads the memo.

“It is unclear if Juror No. 15 was in fact ever summoned for jury duty or qualified to serve on the panel.”

Depp won all three defamation claims against Heard last month after suing her for $50 million over a 2018 Washington Post op-ed in which she referred to herself as “a public figure representing domestic abuse”; Depp was not named in the article. He was awarded $15 million in damages, but Virginia law caps punitive damages and the amount was lowered to $10.35 million.

Heard was also awarded $2 million in damages because Depp’s lawyer called her allegations “a hoax.”

But, Heard argued in Friday’s filing, Depp “proceeded solely on a defamation by implication theory, abandoning any claims that Ms. Heard’s statements were actually false.”

“Mr. Depp presented no evidence that Ms. Heard did not believe she was abused,” the filing reads. “Therefore, Mr. Depp did not meet the legal requirements for actual malice, and the verdict should be set aside.”

She also cited Depp’s libel case against the Sun in the U.K., which he lost after the judge ruled that the article calling him a “wife beater” was “substantially true.” Because a court ruled that he was abusive, Heard argued, she cannot defame him by saying the same.

Depp’s legal team did not immediately return a request for comment from the Daily News Monday.