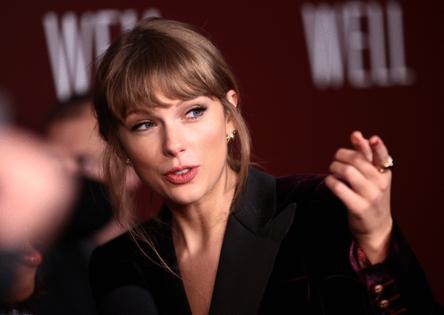 The Brooklyn man allegedly hit the intercom and threatened to “hurt her if they weren’t together,” a police source said.

Swift was not home at the time and her security team notified police later that day, law enforcement sources said.

He hung out in the foyer of the townhouse — which reportedly cost Swift $18 million in 2017 — until the singer’s security guard told him to leave, cops said.

Christian was arrested Saturday and charged with stalking and criminal trespass.

During a Manhattan Criminal Court appearance Saturday, a judge asked Christian if he would like to waive extradition to Florida, where he faces charges of reckless driving and fleeing the scene of an accident.

The judge — impatient with how long it was taking Christian to confer with his lawyer — pushed his arraignment back.

“Are you guys the latest jokers?” Christian screamed. “I’m history or are you real? Prove that you’re real! Prove it!” he hollered as he was pushed out of the courtroom by an officer.

Swift, 32, has been stalked before.

A security guard discovered Patrick Nissen, 28, in the vestibule of the home and immediately called cops.

Nissen was arrested and pleaded guilty to disorderly conduct — a reduced charge to the criminal trespass he was initially facing.