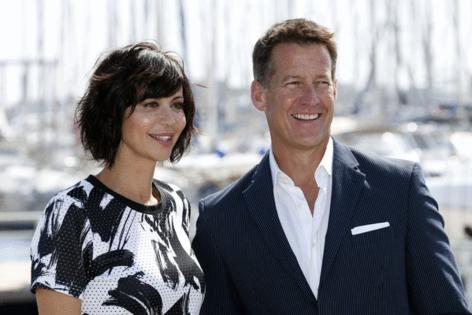 Q: I have been a big fan of the “Good Witch” series on Hallmark. Will there be any new stories, or is it ended now?

A: In 2021 Hallmark announced that the series starring Catherine Bell and James Denton was ending after seven seasons and eight made-for-TV movies. Since then, fans have lobbied hard for its return. The head of Hallmark rival GAC Family was quizzed late last year about that channel picking up the show — not surprising considering the way GAC has gone after other Hallmark shows and stars. Still, he reportedly said, “We would certainly love to entertain (getting the show) … but we’re not at that point yet.” I have not so far seen any news about a “Good Witch” revival.

Q: In Philadelphia in 1962-1963 there was a children’s TV program that featured a bloodhound. His name was Corpuscle. What was the name of the program? It’s been bothering me for more than 50 years.

A: That was “Discovery,” an ABC program for children that ran from 1962 to 1971, with the broadcast year added to the name (“Discovery ’62,” and so on). The reference book “Total Television” calls it a “highbrow” show where “historical and cultural themes were emphasized.” Frank Buxton and Virginia Gibson were the original hosts, then Bill Owen with Gibson.

Q: On a recent road trip we passed by Normal, Indiana. Wasn’t there a sitcom about that town a few years back?

A: I suspect you are remembering “Normal, Ohio,” a Fox comedy airing briefly in 2000. It starred John Goodman as a gay man returning to his hometown. The cast also included Greg Pitts, Joely Fisher, Orson Bean and Anita Gillette. As “The Complete Directory to Prime Time Network and Cable TV Shows” notes, the series was not a success, with Fox dropping it after just seven of the 12 episodes aired.

Q: We watched Season 1 of “Joe Pickett.” The ending left us hanging. Do you know if there will be a Season 2?

A: There will be. The series based on C.J. Box’s novels was a success as a Spectrum Original and is now on Paramount+ as well. With 20 Box novels for inspiration, a Spectrum Originals executive told Deadline.com, “There’s an opportunity with this show to continue to grow it and take the journey with these characters.”

Q: Can you tell me the name of the actress who starred in the long-ago series “Just Shoot Me”? Is she the same actress who is in some recent “NCIS” episodes?

A: That is Laura San Giacomo you saw as Maya Gallo on the comedy “Just Shoot Me” (1997-2003) and as therapist Grace Confalone in about a dozen episodes of “NCIS” since 2016. Her long resume also includes recent appearances on the HBO series “Barry.”

Q: The World War II epic “Band of Brothers” used to be on TV once or twice a year. I haven’t seen it for several years now. What happened to it?

A: As I have said before about movies and TV, sometimes you have to cast a wide net to know if something has really disappeared. With “Band of Brothers,” the powerful HBO drama that first aired in 2001, it is available on HBO Max, Prime Video, DVD and Blu-ray.