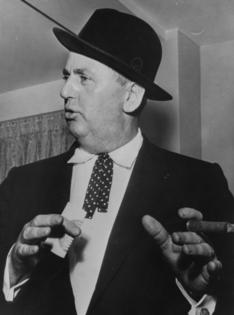 CHICAGO — It was a little after 2 a.m. when the phone began to ring in my brother Mark Kogan’s Las Vegas hotel room and that hour rarely brings good news.

It was 1976, and my brother was in Vegas with the many other people who formed Elvis Presley’s entourage, all of them staying at the International Hilton, where Elvis was performing during the Christmas holidays.

During the mid-1970s my younger brother was at the center of the concert business, working in various capacities with such bands and performers as Frank Sinatra, Led Zeppelin, Bob Dylan, Styx, The Beach Boys, Eric Clapton, Neil Diamond, Bad Company, Elton John, Queen, The Who, The Moody Blues, Jackson Browne … the list is long.

So the phone rang at 2 a.m. in Vegas and my brother picked it up.

It was an assistant to Colonel Tom Parker, who was Elvis’ manager. “He was calling from the casino downstairs,” Mark says. “He said that the colonel wanted somebody to keep him company while he gambled and he wanted me to come down and join him.”

Mark got dressed and went downstairs and “There was the colonel playing roulette, all alone at the table. He handed me a stack of chips. I wasn’t a gambler so I didn’t know quite what to do. I spent some time watching the colonel gamble and lose, gamble and win. I asked the croupier how much the chips were worth. He said, ‘Whatever the colonel wants them to be’.”

That memory, and others, came rushing back as Mark watched the new film “Elvis.”

Mark is not, understandably, featured in Baz Luhrmann’s film, a certifiable hit that knocked “Top Gun” from the top of the box office money list. It has received mostly favorable reviews from critics and from those who chime in on Rotten Tomatoes, measuring a 94% favorable rating in the audience score.

It did not please my colleague and friend Michael Phillips, who wrote, “‘Elvis’ is all show and no tell — an impatient blur, competing in a dance contest against its own subject.”

But it did please my brother. “I loved it,” said my brother. “Austin Butler (as Elvis) was awesome and embodied the King’s energy and spirit.