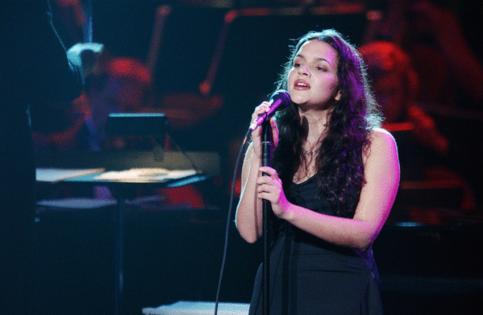 It was the day after her chart-topping debut album, "Come Away With Me," earned her six Grammy Awards — including Album of the Year, Record of the Year and Best New Artist — during a telecast that drew nearly 30 million viewers in the U.S. alone.

But what made the then-23-year-old singer-songwriter's winter walk memorable isn't what happened, but what didn't.

"Nobody even recognized me!" recalled Jones, laughing with delight. "I was always very anonymous. I was never 'famous'."

Then and now, maintaining a low profile has suited this New York-born, Texas-raised troubadour just fine.

Her ability to resolutely remain out of the spotlight when not on stage is all the more impressive for several reasons.

And her father is the late Indian music legend Ravi Shankar. She quietly visited him a number of times at the Encinitas home he shared with his wife, Sukanya, and Norah's half-sister, acclaimed sitar player Anoushka Shankar. The two siblings, who met for the first time in 1997 as teenagers, memorably recorded together on Anoushka's 2013 album, "Traces of You."

Last week, Jones launched a tour celebrating the 20th anniversary of "Come Away With Me," one of the bestselling albums of this century.