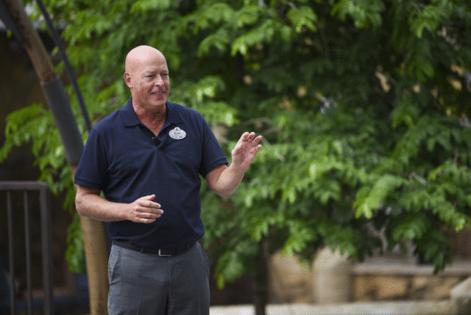 For Walt Disney Co. Chief Executive Bob Chapek, the last few months have brought one headache after another.

Chapek navigated the company through an unprecedented pandemic that shuttered most of its business and oversaw the company's transformation into a streaming powerhouse.

But those accomplishments have largely been overshadowed in the eyes of Wall Street and Hollywood.

Since stepping into Bob Iger's Thor-sized shoes in February 2020, Chapek has suffered a series of public relations setbacks, including a feud with movie star Scarlett Johansson and a months-long showdown with Florida Gov. Ron DeSantis and right-wing media over gay and transgender issues.

It's not just bad publicity that has given Chapek grief. The problems are compounded by a flagging stock price and investors' doubts about his ability to hit his lofty goal of at least 230 million customers for streaming service Disney+ by 2024, especially after losing the rights to stream Indian Premier League cricket matches.

Those factors have led some industry insiders to question whether Chapek will survive at the top of the Burbank entertainment giant.

The corporate drama comes as Disney's board of directors gathers in Orlando for its annual retreat, where the 11-member body, of which Chapek is a member, thoroughly reviews the company's businesses and engages in deep dives on strategic questions.

The meeting, which begins Monday, is expected to culminate in the christening of the firm's newest cruise ship, the Disney Wish, with a Wednesday event at Cape Canaveral featuring costumed Disney characters and the Make-a-Wish Foundation. Chapek sits on the nonprofit organization's national board of directors.

While questions about leadership are sure to come up, the board meetings tend to be dominated by long, dry business presentations. CEO contracts are typically discussed in committee behind closed doors or remotely. Most people who spoke to The Times expect the board to re-up Chapek, if not at the meeting, then later this year.

A Disney spokeswoman declined to comment on board activities, and members of the board didn't respond to requests for comment.