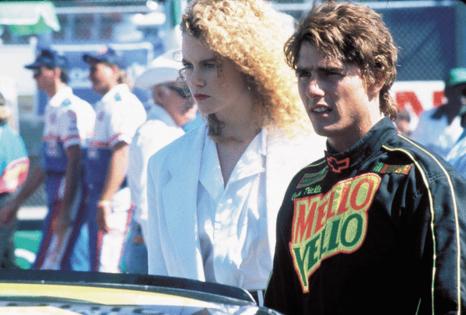 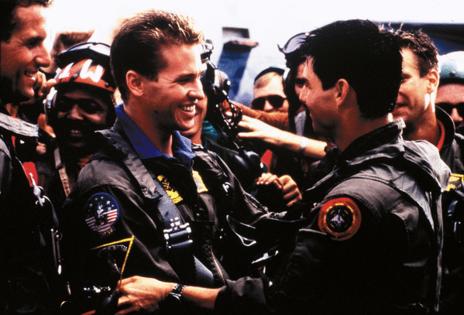 “Top Gun: Maverick” is the biggest global blockbuster of Tom Cruise’s already blockbustery career. Perhaps you’ve been compelled to rewatch the original “Top Gun” from 1986 — or, depending on your generation, watch it for the first time. But me? I went back to revisit another movie Cruise made with director Tony Scott and producers Don Simpson and Jerry Bruckheimer: 1990′s “Days of Thunder.” It’s more or less the same movie as “Top Gun” — speed, testosterone, soaring guitars — but with race cars instead of warplanes, which on its face makes it better. Way better.

Cruise plays Cole Trickle, a novice stock car driver with something to prove. He’s recruited by a fledgling NASCAR team owner (Randy Quaid as an ambitious car dealer looking to make his mark) and trained by grizzled crew chief Harry Hogge (Robert Duvall as the seasoned good ol’ boy whose instincts are as sharp and tangy as his one-liners). The neurologist who treats Cole after a bad crash (Nicole Kidman in maybe the one American movie where she uses her native Australian accent) becomes his love interest and the only person who bothers asking if it’s all worth it when the stakes are possibly getting smashed to pieces or dying a fiery death.

Everyone else has their eyes on the prize: Winning Daytona.

Like “Top Gun,” the story is straightforward: Can this young hotshot be the best? “Cole, you’re wandering all over the track,” Harry says into this headset mic during a race. “Yeah, well the sonofabitch just slammed into me!” Cole yells back. “No,” Harry tells him, “he didn’t slam into you. He didn’t bump you. He didn’t nudge you. He rubbed you. And rubbing, son, is racing.”

I don’t know anything about NASCAR. Doesn’t matter. The movie sells it. I could do without the opening montage briefly featuring Confederate flags flapping in the breeze at the track. But they’re an early symbolic hint of the movie’s white and male tunnel vision. It’s 30 minutes into the film before a woman speaks a line of dialogue. When Cole and the good doctor meet for the first time, he puts her hand on his groin and it’s a callback to an earlier joke, both of which treat sexual harassment as something to laugh at. It’s not a buzzkill to point this out. It’s there, you can’t pretend you don’t see it. You just have to take the movie on its terms. “Days of Thunder” is hardly alone in this.

It was Paul Newman, his co-star in “The Color of Money” (which opened in theaters six months after “Top Gun”), who got Cruise into racing. NASCAR team owner Rick Hendrick let Cruise drive one of his stock cars around Daytona. “I think I hit 175 mph,” Cruise said in an interview years later. “The second I climbed out of that car on pit road, I said, ‘We have to make a movie about this!’”

He came up with an outline for a story and reteamed with adrenaline specialists Simpson and Bruckheimer. Here’s how the producers (who were also the pair behind “Flashdance” and “Beverly Hills Cop”) are described in an oral history of the movie published by ESPN: “They were known as ‘Mr. Inside’ and ‘Mr. Outside,’ Simpson bringing the Hollywood Rolodex while Bruckheimer delivered a get-your-hands-dirty knowledge of film production.”

Scott was also back as director, recycling at least one shot from “Top Gun” of two lovers in silhouette going in for a kiss. A number of people worked on the screenplay, but it was Robert Towne (an Oscar winner for “Chinatown”) who got it to gel. (Towne would work with Cruise again on “The Firm” and the first two installments of “Mission: Impossible.”)

This wasn’t NASCAR looking to Hollywood for a marketing boost. Cruise and company were slack-jawed by the high-injection, grease-stained world of racing and wanted to capture that in a palpable way.