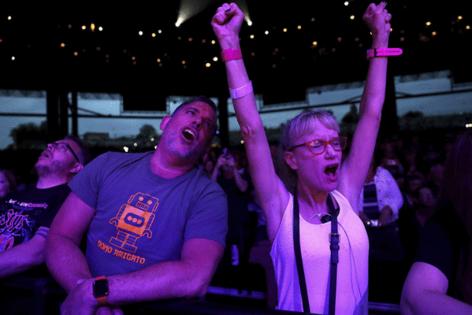 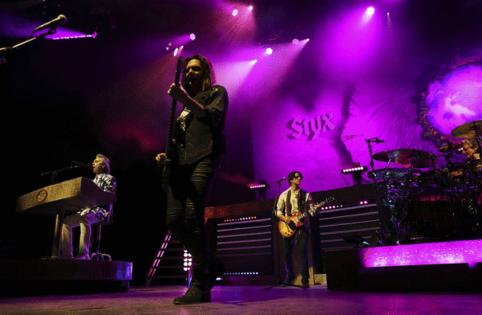 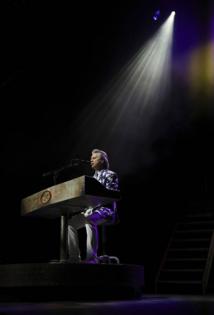 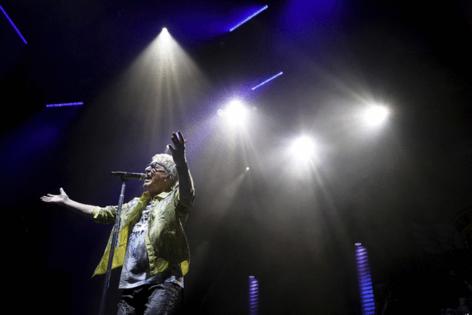 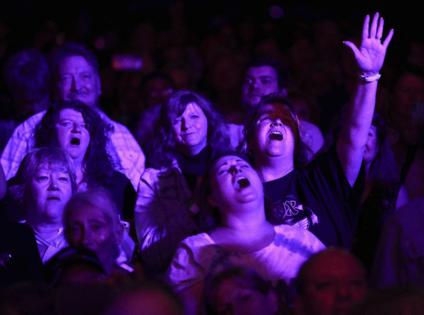 CHICAGO — Dear Illinois, I can’t fight this feeling anymore. It’s time to bring this ship into the shore, and throw away the oars. We sailed on together. We drifted apart. But I know, if the world turned upside down, I know you’d always be around. Your hands build me up when I’m sinking. The search is over. You were with me all the while. After all the rain, I will be the flame. I did it all for the glory of love. Now my life has meaning.

A love like ours is hard to find. How could we let it slip away?

But Illinois, you have an image problem. On paper, your chief exports include machine parts, medication, corn, pumpkins and dump trucks; in the nation’s imagination, your exports are dysfunction, casserole as pizza, Blues Brothers cover bands, Cubs hats and Kanye West. That’s the way of the world. Still, I would argue, the solution for your PR woes has been staring you in the face — or rather, crooning in our ears — for decades.

The main export of Illinois is the power ballad.

Now hear me out. Pennsylvania may be for lovers, but Illinois is the home of bombastic love sagas about standing naked in front of your true heart and declaring, you’re just a part of me I can’t let go. Soaring. Emotive. Majestically corny. Songs full of sailing metaphors and outsized passions. Songs named “Right Here Waiting for You” and “The Search is Over” and “The Glory of Love” and “You’re the Inspiration.” Songs by homegrown cornerstones such as Styx, REO Speedwagon, Chicago, Richard Marx and Earth, Wind & Fire. Even Cheap Trick and The Smashing Pumpkins have dabbled.

Songs that dig in, and never fade, even when you wish they would.

In fact, many of those performers are on tour this summer. The larger their venue, the better your chance of hearing a power ballad probably composed to reach the very last row of a stadium. Power ballads discourage subtlety even as they urge sensitivity. “Could we play these in smaller rooms?” asked Jonathan Cain, Schiller Park native, Journey pianist and principal songwriter of the signature ballads “Open Arms” and “Faithfully.” “We’d risk making them loungy.”

After a couple of decades of extreme proliferation and musical ubiquity, around the onset of Nirvana in the 1990s, the power ballad became a source of irony, a kind of shared embarrassment, cliches tucked into cornballs. Something happened along the way, and yesterday was all we had. Or perhaps, you could also argue, the power ballad just ingrained itself so deeply we stopped noticing. We accepted its inevitability. We forgot there was a time before the toughest voices in popular music sounded casually vulnerable. We took an entire genre, nourished in the Midwest, around the Chicago suburbs and the flat stretches of Champaign, for granted. The power ballad never died. Next time a Disney princess lets it go from an ice castle, remember: Styx was there first.

When they asked avant-...Read More

CHICAGO — The deal to keep Lollapalooza in Chicago for at least the next decade includes a complete revamp of how festival producers will pay the Park District, tighter restrictions that keep competing music festivals ...Read More

Filmmaker Lars von Trier has been diagnosed with Parkinson's disease and is in "good spirits" while being treated for the symptoms of the brain disorder.

"One day, after she got off the bus, I heard the backpack dump and her ...Read More

Sam Obisanya isn't a laugh riot on "Ted Lasso." Rather, it was likely how involving his Season 2 arc was (activism, leadership, love) that earned the actor who plays him, 25-year-old Toheeb Jimoh, his first Emmy nomination...Read More