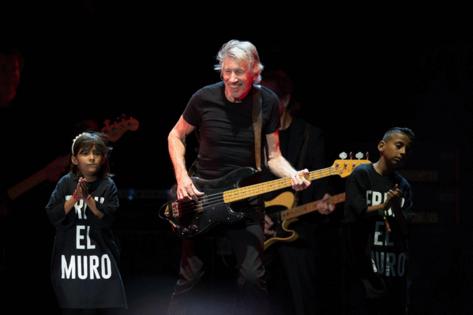 Seminal prog-rock band Pink Floyd is seeking $500 million for its extensive music catalog, according to a report from Bloomberg. That includes hit songs “Money,” “Wish You Were Here” and “Learning to Fly” as well as the 1979 theme album “The Wall” that’s includes the single “Comfortably Numb.”

Should that deal come to fruition, it would be one of the largest yet in a recent trend of baby boomer rockers cashing in on their life’s work. Pink Floyd’s sale would reportedly include the band’s recorded music as well as its songwriting catalog. Merchandising rights are also said to be part of the negotiations. No one involved in the alleged deal has commented on it.

Sony Music and Warner Music Group Corp., who each distribute some of Pink Floyd’s music, are reportedly two of the four music labels in contention. Only nine performers in the U.S. have topped the British band's 75 million stateside record sales.

When Bob Dylan sold his 600-song catalog to Universal Music Publishing Group at the end of 2020, there were reports the “Hurricane” singer received $300 million. Weeks later, “Heart of Gold” singer Neil Young sold half of his music for a reported $100 million. Bruce Springsteen is believed to have gotten roughly $500 million for selling his extensive body of work at the end of 2021.

Pink Floyd formed in 1965 and has seen several lineup changes. Roger Waters, a founding member, sued his bandmates over the group’s name in the 1980s. A settlement was reportedly reached. In April, band members David Gilmour and Nick Mason joined by musicians Guy Pratt and Nitin Sawhney, recorded a song to support Ukraine in its war with Russia.