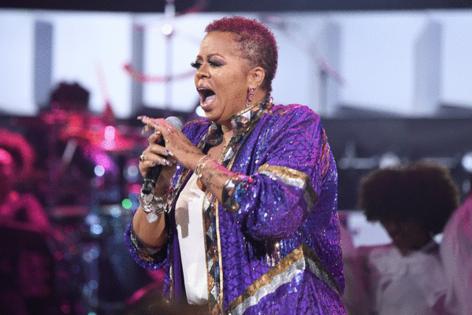 Nineties hit-maker Robin S is basking in the glory of the Beyoncé effect, a phenomenon that Bey's new single "Break My Soul" has bestowed upon the veteran artist.

Another winner — or loser, depending on how you look at it — is the Great Resignation. (More on that in a bit.)

Beyoncé samples Robin S's hit single "Show Me Love" on her new track "Break My Soul," a liberating house jam that hails from Bey's forthcoming studio album, "Renaissance." And the '90s star is getting a lot of love nearly three decades later.

"It doesn't have to be confirmed. A singer knows her songs," she said Wednesday on ITV's "Good Morning Britain." (The S stands for Stone, her last name.)

The "Shout Out Loud" singer said her son alerted her to "Show Me Love's" inclusion after it started trending upon the new song's release.

"My son called me and he's like, 'Mom, Mom. You're trending all over the place,'" she said. "You know, 'Beyoncé put her song out and it's 'Show Me Love', and you're trending everywhere.'"

Robin S said she hoped that she and Bey "could do a collab together, you know, that's always a dream." But for now, it seems as though she's just happy to be Bey-recognized.

"This is Robin S, and this message goes out to the Queen Bey herself, Beyoncé, to Jay-Z, to the entire team," she added. "Thank you so much for giving me my flowers while I'm still alive. I am honored, and I'm excited to see what else can happen."

The veteran artist — whose other songs include "Shout It Loud" and "Luv 4 Luv" — is currently traveling through North America and Europe on a sold-out tour through August.