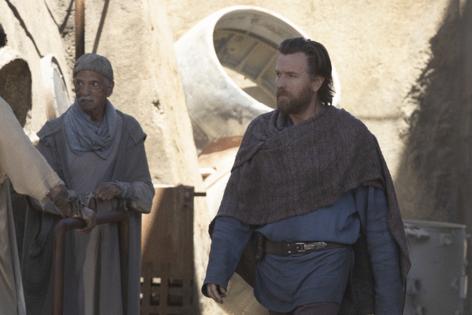 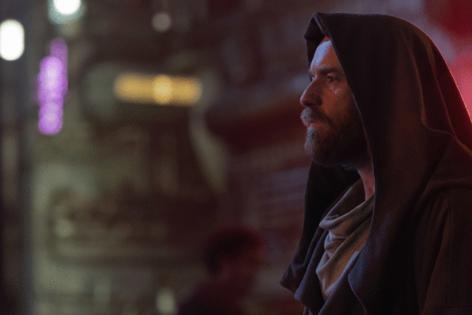 For anybody familiar with "Star Wars," Obi-Wan Kenobi requires no introduction.

Debuting in 1977's "Star Wars: Episode IV – A New Hope," Obi-Wan (played by Alec Guinness) is a former general and Jedi master living in solitude on the remote desert planet of Tatooine. When farm boy Luke Skywalker (Mark Hamill) brings him a droid with a message from the Rebellion's Princess Leia (Carrie Fisher), it kicks off the adventure that launches the franchise.

It was not until years later that Obi-Wan's backstory was expanded. The prequel trilogy, starting with 1999's "Star Wars: Episode I – The Phantom Menace," follows a younger Obi-Wan, played by Ewan McGregor, as he rises through the ranks from a Jedi padawan apprentice to knight and eventually master after meeting his eventual pupil Anakin Skywalker.

"Obi-Wan Kenobi," a limited series that launched Friday on Disney+, sees McGregor return to the role for the first time since 2005's "Star Wars: Episode III – Revenge of the Sith." Written by Joby Harold and directed by Deborah Chow, the six-episode series picks up 10 years after the fall of the Republic and Jedi Order in "Revenge of the Sith," as Obi-Wan, in hiding, watches over young Luke from afar.

"You came out of the original ['Star Wars'] trilogy thinking of Obi-Wan as this avuncular, wise old man [who's] patient and allows you to make the mistakes you have to make to become the person you need to be," Harold told the L.A. Times in a recent video call. But McGregor in the prequels is "all the things that you would not have imagined Obi-Wan could have been": "Alec Guinness' Obi-Wan is the finished article. It takes a long time to get to that."

For Harold, part of the excitement of the Disney+ series was exploring what could have happened between "Revenge of the Sith" and "A New Hope" for McGregor's version of the character to become the version embodied by Guinness.

While specifics about "Obi-Wan Kenobi" are scarce in advance of the premiere, Harold explained that the series follows the character at a time in which the events of "Revenge of the Sith" are behind him — but "still with him and still haunt him."

McGregor himself noted during the Lucasfilm presentation at Star Wars Celebration on Thursday that there seemed to be no love for the prequel films at the time of their release. But enthusiasm for the series is high, as indicated by the audience's raucous applause and raised lightsabers for McGregor and Hayden Christensen, who returns as Darth Vader for the series, as they stood together onstage in the Anaheim Convention Center's arena.

Harold also teased that "there are little moments within the show where you get to enjoy the fact that Ewan is playing this character."

"We get to put him in places and moments where we challenge and stress test the Jedi to find out where he is in his journey," said Harold. "I wanted to see him go a bit rough and tumble in a corridor and throw some people around and shoot a blaster and do things that weren't just 'Jedi Knight.'"