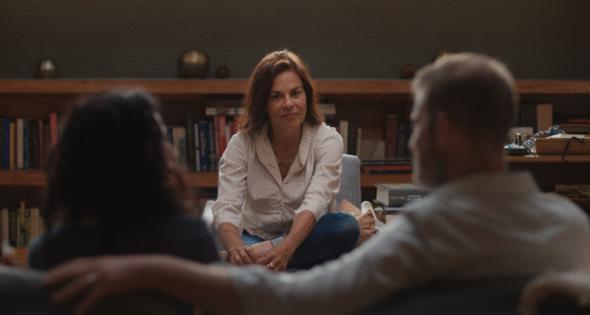 After the second season of “Couples Therapy” aired on Showtime last year, a publicist hired by one of the couples reached out to offer an interview. “Couples Therapy” may be a high-minded nonfiction show but it falls into the reality TV space nonetheless and the publicist’s inquiry drove that home. The show depicts real therapy, on camera, for all the world to see, and you have to wonder what motivates people to take part. It’s clear each couple wants to find an exit ramp from their interpersonal misery. But is there some attention-seeking also fueling their participation? That’s certainly the case with any other reality show, why should it be different here? The possibility lurks in the shadows, but it sits alongside your own voyeuristic compulsions as a viewer. It’s all kind of ethically messy and no one comes out pure from this endeavor, but who wants purity anyway?

That said, the idea of two people in crisis baring their souls on TV, and then hiring a publicist to promote themselves some more, absolutely soured me on that particular couple. But it didn’t turn me off from the show itself, which is back for a third season.

The more I think about the series, the more I realize the couples aren’t the draw (and woe to those who think this is a star-making opportunity). Are they in a better place months or even years after their therapy ends? Hard to say. They are all unique and exhausting and dealing with very recognizable, human-scaled problems. What makes the show such an outlier is that it allows you to watch two combative people in an unscripted environment, trying to figure out what’s going on, with the help of a therapist. That last part is key and it’s why the person I’m actively invested in is the show’s therapist, Dr. Orna Guralnik. She is the one constant throughout each episode, and each season. Her office on “Couples Therapy” may be a set, but it doesn’t look like one. The cameras are carefully hidden. The lighting and colors are soft, the furniture lived-in. It feels serene and cozy — a place where you could spread out on the couch and get lost in a book for a few hours.

We don’t know much about Guralnik. That seems about right, although last season we saw glimpses of her home life, when she was conducting sessions remotely during the early days of the pandemic. It’s entirely possible — likely, even — that her personal life has seen bumps along the way. That’s what it means to be human. But as a therapist, she’s never distracted by whatever is or isn’t happening at home. She’s calm and attentive (much like her quietly sweet dog Nico, always there to greet the couples) and she’s exceedingly perceptive. The energy she brings to her sessions is grounded in compassion but also a firm intention to get to the bottom of things. She’s an emotional detective, puzzling through deflections and personal histories. Who are you? What life experiences have shaped your personality? How does that affect who you are together, as a pair? No one is asked to give up their dignity on this quest and some topics aren’t discussed, primarily the lives of their children. (The couples get several months of therapy for free in exchange for being on the show.)

The goal is to help people understand why they react the way they do. Because once you can unravel that, it’s no longer beyond your control. I always feel smarter about the human condition after watching the show. “To help a couple, I’ve found that the most basic ingredient is some capacity to care for each other — that if the other person is suffering, it will matter,” Guralnik says on the show. “Because sometimes all they want to do is score the next point and win, win, win.” The work of “Couples Therapy” is helping people to let go of that scorekeeping.

If there’s a theme throughout these new episodes, it’s a specific interplay where one person in the relationship expresses their emotions and frustrations in big, demanding, overwhelming ways, while the other person retreats. It becomes a never-ending cycle: The more one person withdraws, the more the other tries to provoke engagement, and vice versa. This dynamic exists in all kinds of different kinds of couplings that we see on the show — across race and sexual orientation and also whether or not the partners are monogamous or in an open relationship. There’s a lot of diversity in “Couples Therapy,” and yet there’s so much they all have in common. It’s the sly genius of the show’s format, established by executive producers Josh Kriegman, Elyse Steinberg and Eli Despres.

Guralnik is very good when it comes to parsing what people are actually saying beneath their words. She’s listening and probing and asking people to finish their thoughts instead of trailing off. And she’s willing to question her own limitations: Where might a white therapist fall short when counseling a Black couple? What’s the best approach?

A couple named India and Dale open a session by posing a question: How do you know that your partner has forgiven you? Dale cannot provide an answer. “I don’t actually know that India forgives me for anything, because every time there’s a fight, it’s the fight plus … everything that has accumulated.”

Guralnik then asks them both: How was forgiveness shown in your childhood homes? This feels like an important idea to think through — what did conflict and resolution look like when you were a child? Was it healthy and functional, or a patchwork of coping mechanisms that you’ve carried over into adulthood? India says that growing up, a terrible fight would go something like this: “You just say whatever you’re going to say, destroy someone’s feelings — and cook them breakfast in the morning. That’s love.”

Dale’s answer is even more complicated. “I always say my dad is a great dad,” he begins. And your mom, Guralnik asks? “My mom put up with some really horrific things from my dad. Like physical abuse.” The cognitive dissonance in how he tells this story is fascinating, but also, this is what makes people complicated. Throughout it all, his mother was loyal to his father, he says. So “anything that seemed confrontational, she would go the other way. Maybe that’s where I get it from.” Maybe that’s where you get an extreme sensitivity to conflict, Guralnik asks? “Yeah. I think it really rattles me because I’m afraid that maybe I can be like my dad, and I would never want to inflict that on anyone, because I hated the way he treated my mom. So whenever I see conflict, I immediately remove myself.”