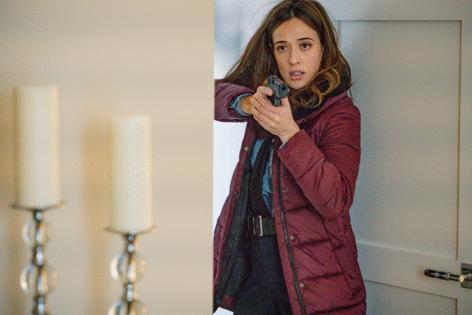 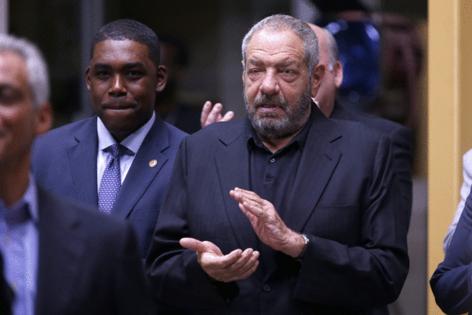 That didn’t stop a viewer from reaching out to “Abbott Elementary” creator and star Quinta Brunson asking that she write a school shooting episode for her ABC sitcom: “Formulate an angle that would get our government to understand why laws need to pass.”

This request, Brunson noted on Twitter, was just one of many, and the absurdity was not lost on her: “(It’s) wild how many people have asked for a school shooting episode of the show I write. People are that deeply removed from demanding more from the politicians they’ve elected and are instead demanding ‘entertainment.’”

Hollywood will not save us.

It’s galling to put this responsibility on the shoulders of one of the few Black women to have her own show, while the rest of Hollywood is presumably free to carry on as usual. It’s also unreasonable to expect Brunson and her colleagues — who make a comedy — to “fix” things by devising a fictional scenario that compels elected officials to act when actual real-world tragedies, including the shooting deaths of 19 schoolchildren and two teachers in Uvalde, Texas, this week, do not.

But the pop culture we consume does shape our ideas about the world around us.

If you’re looking to compel TV writers to do more, perhaps we should look to the executive producers behind the many, many, many cop shows that proliferate. How does the fantasy they churn out affect our perceptions of real-life law enforcement? And does the fantasy end up functioning as a misdirect that allows police to sell one idea, while the reality is as something altogether different?

This isn’t a minor corner of the TV landscape. Dick Wolf saw all nine of his shows renewed for next season across NBC and CBS. Seven of those series center on characters who work in law enforcement. Their portrayals are almost universally heroic; their point of view humanized. They are extraordinarily committed to taking down bad guys. That’s their job. It’s why they show up in the morning. The subtext to all these stories: Law enforcement is there to protect us.

Reality differs in some important ways. In 2005, the Supreme Court ruled that police officers do not have a constitutional duty to protect people from harm. How many viewers are conscious of this disconnect when watching TV?

The school shooting in Uvalde is an unsettling example of how this can play out. Though much of what happened is still being sorted out, one allegation from parents is that police failed to act quickly enough to stop a lone gunman before he killed 21 people. That’s at odds with how fictional crises unfold on cop shows. Real life is so much more devastating and disappointing.