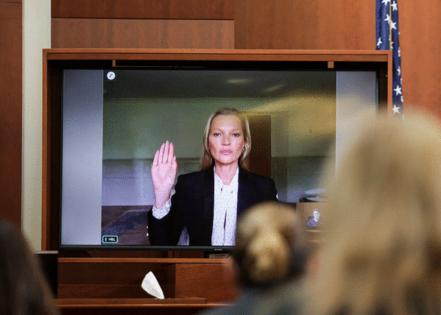 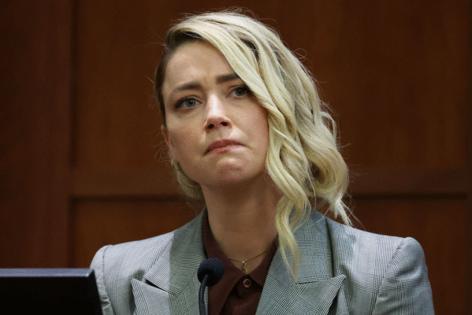 Heard first gave rebuttal testimony about the ill effects she says she’s suffered since former Depp attorney Adam Waldman made comments about her to British tabloids, allegedly speaking at Depp’s behest. Those comments are at the heart of her $100 million defamation countersuit against her ex-husband, who she alleges abused her emotionally, physically and sexually for years.

“I am harassed, humiliated, threatened every single day,” she said Thursday on the witness stand in Fairfax, Virginia, getting emotional almost immediately as she directed her answers toward the jury. “Even just walking into this courtroom, sitting here in front of the world, having the worst parts of my life, things that I’ve lived through, used to humiliate me.

Under questioning by her attorney Benjamin Rottenborn, Heard said her hands shake and she wakes up screaming at night. She said friends and intimate partners “have rules” they have to live by to avoid triggering her and setting off a panic attack.

“Perhaps it’s easy to forget that I’m a human being. ... I don’t deserve this,” she said. She said that through this case, she hopes to reclaim her “right as an American” to talk about what she says happened to her and to “own” her story and her truth.

But on cross-examination, her tearful testimony quickly gave way to anger as Depp attorney Camille Vasquez challenged her, saying in her questions that Heard’s lies had been exposed.

Asked about testimony given by Morgan Knight, the former owner-manager of the Hicksville Trailer Palace in Joshua Tree, California, Heard said, “I’m not quite sure who that guy was or if he has any involvement in this. I know a lot of people have come out of the woodwork.”

Knight had given testimony that directly contradicted Heard’s allegation that Depp had “trashed” a trailer they stayed in on a night she alleges her ex performed a “cavity search” on her as he hunted for a bag of cocaine. Knight testified that a light fixture had been broken but that no excessive cleaning fee had been charged beyond the $62 to replace matching fixtures. He said he didn’t see the damage Heard had alleged.

“How would he know? He wasn’t there,” Heard snapped. “I’ve heard a lot of people say a lot of things to be involved in the Johnny Depp show. But he wasn’t there. He doesn’t know.”