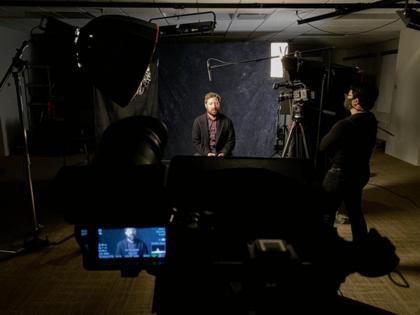 MINNEAPOLIS — During nearly 40 years of investigative journalism, "Frontline" has crisscrossed the world, reporting on everything from the rise of Vladimir Putin in Russia to the fall of apartheid in South Africa.

This time, the focus is on the Twin Cities.

"Police on Trial," debuting at 10 p.m. ET Tuesday on PBS, examines Minneapolis law enforcement in the wake of George Floyd's murder, how much has changed — and how much hasn't. To pull it off, a crew for the award-winning PBS series partnered with the Star Tribune, tagging along with several of the paper's journalists over a two-year period.

"I was entirely opposed to it. Being on camera isn't my cup of tea," said Jany, who now works at the Los Angeles Times. It took several meetings over coffee with director Mike Shum to persuade Jany to take the starring role. "The more I thought about it, the more I realized that my preference to stay behind the scenes was less important than being part of a very serious journalism endeavor."

Executive Editor Suki Dardarian didn't have as many reservations.

"I was really intrigued," said Dardarian, who was managing editor when producers approached the paper. "While we have great videographers, we've never been part of putting together a documentary like this. I felt that if the story of what the Twin Cities experienced was going to be told to a national audience, this was a good way to do it."

"Frontline" is no stranger to Minnesota. Excerpts from a 1986 episode about a halfway home for the mentally ill in St. Paul were featured in a Pearl Jam video. But this was the first time producers have worked so intimately with the local media.

The series has stepped up its collaborations with other media companies, including the Tampa Bay Times, which won a Pulitzer Prize this year for a joint project that looked at hazardous conditions at a Florida lead smelting plant. The uptick in partnerships is due to the Local Journalism Initiative, a $4 million grant from the Knight Foundation.

"We really see our role as supporting investigative journalism at a local level," said "Frontline" Executive Producer Raney Aronson-Rath, who oversees the Initiative, now in the third year of its four-year mission. "People trust their local papers more than the national press."