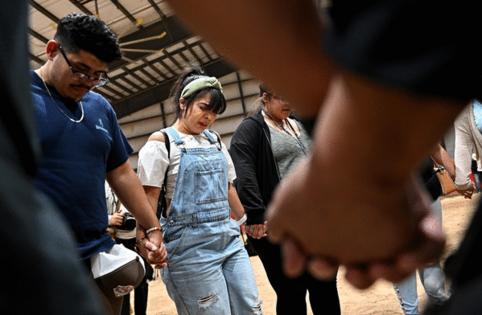 Quinta Brunson wants everyone to go back to school on the enjoyment factor of mass shootings.

The “Abbott Elementary” creator shared her disgust Wednesday with fans of the ABC hit mockumentary who were asking her to write a school shooting into an episode after the massacre at Robb Elementary School in Uvalde, Texas.

“People are that deeply removed from demanding more from the politicians they’ve elected and are instead demanding ‘entertainment.’ I can’t ask ‘are y’all OK’ anymore because the answer is ‘no,’” the 32-year-old comedian tweeted.

“I don’t want to sound mean, but I want people to understand the flaw in asking for something like this. We’re not okay. This country is rotting our brains. I’m sad about it.”

The half-hour comedy, inspired by Brunson’s mother’s experiences teaching at a Philadelphia public school, has dealt with real-life issues like school funding, but has stayed strictly on the side of fun over depressing.

Television has not shied away from school shootings though, despite tending to come in dramas. “One Tree Hill,” “American Horror Story,” “Buffy the Vampire Slayer,” “Degrassi: The Next Generation” and “Glee” have all addressed the horrors.