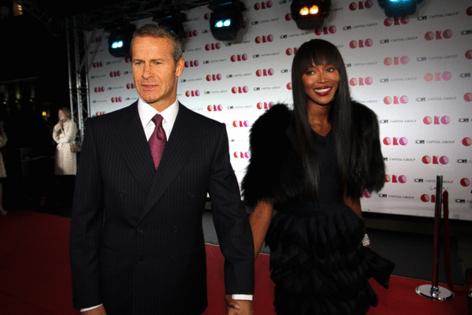 A Swedish billionaire who is developing a controversial luxury hotel in Aspen, Colorado, is suing one of the city’s newspapers for defamation, claiming The Aspen Times wrongly portrayed him as a corrupt Russian oligarch amid that country’s war on Ukraine.

Vladislav Doronin, who was born in the Soviet Union and built his fortune in Moscow’s real estate scene in the 1990s, says the newspaper’s coverage of him in both news stories and opinion pieces casts a pall on his $76.25 million Aspen land purchase and planned development, according to a complaint filed last month in U.S. District Court for the District of Colorado.

It’s the latest escalation in a simmering fight between the newspaper and Doronin. The Aspen Times has been critical of Doronin’s purchase, while the billionaire’s public relations team has staunchly fought the “oligarch” label, denied allegations of corruption and emphasized Doronin’s disapproval of Russia’s invasion of Ukraine.

The Soviet-born Doronin left that country and renounced his citizenship in the mid-1980s, before the Soviet Union collapsed. He now lives in Switzerland and is a citizen of Sweden. He divested from his Russia-focused business in 2014, the lawsuit claims, and “has not conducted any business in Russia since,” his lawyers wrote.

The 59-year-old serves as CEO of OKO Group, a Miami real-estate development firm, and Aman Group, a luxury resort brand based in Switzerland.

In March, OKO Group purchased a nearly one-acre parcel in Aspen at the base of the Aspen Mountain ski resort’s Lift 1A from developers with local ties who’d won voter approval to develop the lot by just 26 votes, in part by emphasizing their commitment to the Aspen community.

The Aspen Times’ editorial board criticized the unexpected sale to an out-of-town developer, which happened just months after the original developers bought the property — and rights to build a hotel there — for $10 million.

The Aspen Times published a news story about the sale in March, initially referring to Doronin as an oligarch before later tweaking the story to remove that reference. In a subsequent opinion piece, columnist John Colson compared Doronin to Russian oligarch Roman Abramovich — who he said also owns property in Aspen — and insinuated that the pair might have worked with Russian President Vladimir Putin.

“I have no idea whether Abramovich or Doronin currently have Putin’s ear or were privy to the advance planning for the invasion, but again, I wouldn’t be surprised if one or both are ultimately wise to that whole ugly mess,” Colson opined, adding that Doronin and Abramovich were “at the least.. almost certainly… deeply embedded in the kleptocratic culture that emerged after the USSR fell apart.”

Abramovich, who has been subject to international sanctions in the wake of Putin’s war on Ukraine, is also the largest shareholder of the company that owns the steel mill in Pueblo.