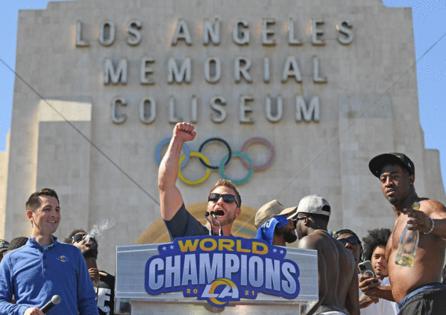 The Los Angeles Rams are prepping for the 2022 season after capping off their historic 2021 season with a thrilling Super Bowl LVI win over the Cincinnati Bengals. The Rams will try to become the first team since the 2003 and 2004 New England Patriots to win back-to-back Super Bowls.

But coach Sean McVay and quarterback Matthew Stafford paused their preparation to join other recent champions across several sports in a commercial for ESPN to display their "inner maverick" for the upcoming "Top Gun: Maverick" movie.

And if you guessed it, all athletes at the end, including McVay, put on the famous shades Tom Cruise wears in the "Top Gun" movie.

If there's anyone who knows how to go beyond the playbook and become a champion, it's McVay.

The Rams open the season NFL Sept. 8 against the Buffalo Bills at SoFi Stadium.