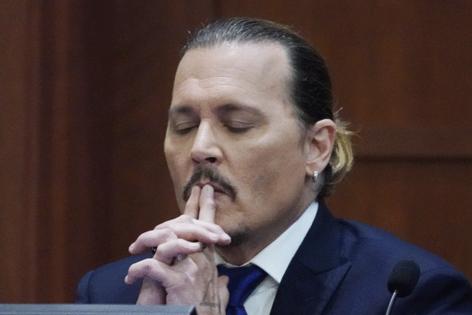 French actress Eva Green has come out in support of Johnny Depp amid his contentious defamation trial with ex-wife Amber Heard.

The “Casino Royale” star, 41, used Instagram Thursday to stand behind the 58-year-old “Pirates of the Caribbean” alum amid the trial, in which he’s denying Heard’s claims of domestic violence during their tumultuous marriage.

“I have no doubt Johnny will emerge with his good name and wonderful heart revealed to the world, and life will be better than it ever was for him and his family,” Green captioned a photo of the pair, who co-starred together in Tim Burton’s “Dark Shadows” in 2012.

Depp has sued 36-year-old Heard — whom he married in 2015 before their split 15 months later — for $50 million in relation to her 2018 Washington Post op-ed, in which she described herself as “a public figure representing domestic abuse.” The “Aquaman” star countersued Depp for $100 million.