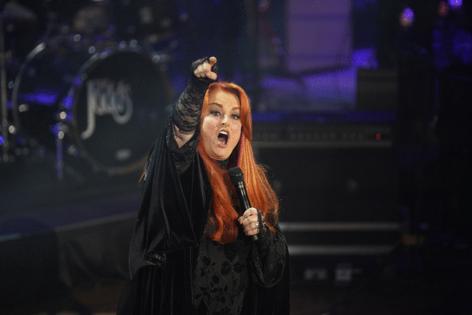 On various dates in the 11-show tour, Faith Hill, Brandi Carlile, Little Big Town, Martina McBride, Ashley McBryde and Trisha Yearwood will take up the microphone left empty when Naomi Judd took her life April 30 at 76. The tour announcement was made Thursday via Twitter.

Additional guests will be announced soon, the tweet said.

Wynonna vowed last week to “continue to sing” in her mother’s honor, saying during a TV special celebrating the life and career of the country music legend that she would do it because “that is what she would want.”

“It may look a little different now, but we WILL continue to honor The Judds’ legacy!,” Wynonna wrote on Twitter. “It’s amazing to me, all of the artists who have come forward offering their time and their gifts. I am feeling so grateful.”

McBride reportedly will play a few of the tour’s early dates, singing a few of her own hits each night before Wynonna takes the stage, while Hill will join the just-added final show at Kentucky’s Rupp Arena, the Judds’ home stage.

The farewell tour kicks off Sept. 30 in Grand Rapids, Michigan, and ends Oct. 29 in Kentucky. A full schedule and tickets are available on the act’s website.