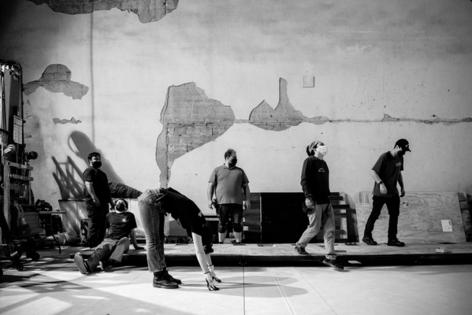 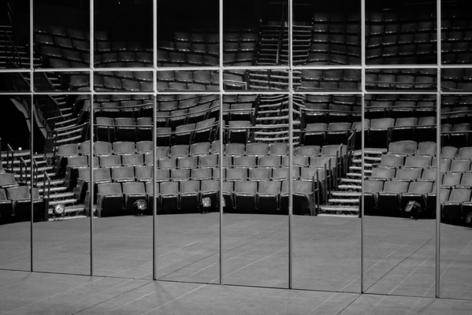 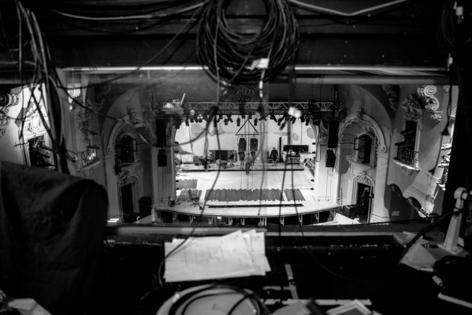 LOS ANGELES — Throughout the first long, agonizing year of the pandemic, leaders in the performing arts united around the hope of safely reopening and resuming live performances. If only that could eventually happen, the reasoning went, things would turn out all right.

The eventual hot vax summer gave way to the delta surge, crushing the hopes and meager finances of organizations clinging to the idea of returning to the stage during warmer months. Performances bowed sporadically in the early fall, but curtains did not rise again in earnest until the holidays, just in time for a rash of omicron-fueled cancellations.

With the spring of 2022 fully sprung, theaters and other performing arts venues are finally fully open, but everything is not coming up roses.

A recent study conducted by a group of arts organizations, L.A.'s Performing Arts and Reopening Survey, found three troubling trends: Both operating capacity and audience attendance are down to almost 50% of pre-pandemic levels, and ticket revenue is about one-third of what it was before COVID-19 struck.

Expenses, in the form of COVID safety, as well as general inflation and rent increases, are also way up. Artistic directors say this is not sustainable.

"There's a foreseeable financial cliff ahead of us. And I think that's what we're really concerned about," says Gustavo Herrera, executive director of Arts for L.A., which advocates for equitable access to the arts throughout the region. Herrera helped produce the survey alongside various artistic leaders including Leticia Rhi Buckley, chief executive of LA Plaza de Cultura y Artes; Danny Feldman, producing artistic director of the Pasadena Playhouse; and Thor Steingraber, executive and artistic director of the Soraya at Cal State Northridge, with support from the Parsons and Ahmanson foundations.

Many arts organizations stayed afloat during the worst of the pandemic shutdowns through government pandemic grants and loans, augmented with generous donor support. That aid has long since dried up, those interviewed say.

Additional surveys reveal more of the perilous road ahead, including one by the global management consulting firm McKinsey & Co., which suggests that it could take more than five years for the most affected sectors of the economy, including the arts, to get back to 2019-level contributions. Another survey by the National Endowment for the Arts found that in the first year of the pandemic, "few areas of the U.S. economy were hit harder than the performing arts" — and that during that time the arts economy lost more than half a million jobs.

SMU DataArts, an organization that seeks to gather and quantify information to help the arts and culture sectors with various decision-making processes, found that unemployment in the arts doubled the national average during the pandemic, spiking at 30%. The survey also found that BIPOC and disabled workers in the arts experienced disproportionately higher levels of unemployment.

Steingraber agrees that the arts' recovery to pre-pandemic levels might take many years, much like its lengthy recuperation after the financial crash of 2008. Unlike that recovery, which went up in slow, steady line, the timeline of this recovery — due to the terminal vagaries of what the virus might do next — is all over the place.

"It's like, we're driving straight up the cliff … but we're swerving and bumping and jogging, and there's still a cliff there," he says. "We know it's coming, but we have no idea when we're gonna get there. And that makes it even even harder in a way."

The lack of additional funding comes at a perilous moment when operating costs have gone through the roof, they add. Part of that has to do with the continued threat of COVID-19, which has made necessary the extra costs of regular testing for cast and crew, dedicated COVID-19 monitors, additional cleaning and sanitizing, increased front-of-house staff and pricey air filtration systems.

Then there's the wildcard of general inflation, which caused a precipitous rise in the price of lumber for building sets, along with just about every other item needed to stage a production and operate a venue — materials for costumes, food, furniture, soap, sanitizer and paper towels have all skyrocketed in price.

That's in addition to the financial implications of the California Assembly bill AB 5, which went into effect at the beginning of 2020 and extends employee classification status to some gig workers, including actors and other performing artists.

"AB 5 is crippling the smaller theaters," says Snehal Desai, producing artistic director of East West Players, adding that he had to hire an additional staffer just to handle bringing former contractors onto payroll. As an organization adds staff, he says, that, in turn, affects its insurance and liability. "There are all these administrative issues and hidden costs that really pile up."

Martha Demson, board president of the Theatrical Producers League of Los Angeles, an association for small and midsize nonprofit theaters, estimates that for the smallest theaters, the cost of payroll under AB 5 has gone up several-hundred percent.

That's why her group, along with the labor union Actors Equity Association, is co-sponsoring SB 116, or the California Equitable Payroll Fund, which seeks to establish a grant program to support small nonprofit performing arts organizations by substantially reimbursing payroll expenses.

"This is something that we need," Demson says. "I think it will help our organizations get to a place where they can be self-sustaining on their own, and right now they cannot. When we talk about this program, we talk about jobs, equity and community."

No matter what legislative battles are won, the performing arts in L.A. won't achieve even footing if audiences continue to keep their distance, according to just about everyone involved. And audience behavior is perhaps the trickiest issue to tackle — yet in some ways, the most unknowable.

If Broadway is a testing ground for trends in the rest of the country, the numbers there are not encouraging. Forbes recently reported that Broadway grosses fell 15% to $29 million in the last week of April, with attendance taking a nosedive as well, leaving at least one-quarter of all seats unoccupied.

Habits have changed during the pandemic, says Desai.

"I used to see three to five shows a week, and now this week I'm going to two, and that feels like a lot," he says. "I think what we're seeing is our audiences are coming back, but they are being really selective, which makes it hard to stage riskier plays or challenging material — or to do new work or introduce new artists."

Even before the pandemic, a trend was emerging in L.A. in which the hits were getting bigger and attendance to everything else was sinking, says the Pasadena Playhouse's Feldman. The pandemic, he says, exacerbated that trend so that critically praised, highly anticipated shows will still attract large audiences. But after (or before) a mega-hit there can be a drought, with sparse audience attendance and patrons buying low-cost tickets at the very last minute, making it even more difficult for theaters to budget or plan. Rolling COVID cancellations are also likely to become a regular occurrence as shows continue to open.

Take "Slave Play," which reopened the Mark Taper Forum in February and broke the box office record to become the highest-grossing, five-week engagement in the theater's 50-year history. But this coup for Center Theatre Group came just a month after the company was forced to close its run of "A Christmas Carol" at the Ahmanson due to COVID-19 infections in the cast, which resulted in an estimated loss of $1.5 million.

Feldman says that the Playhouse's recent run of "Ann" written by and starring Holland Taylor has been a hit. But the theater is fully anticipating a future lull driven by a new variant or a production that doesn't garner the needed buzz to propel a pandemic-weary public out of their homes and into the theater.

Steingraber says that at the Soraya, "We had a canceled January, a great February, and the worst March of any month as an organization, and I can't explain it. Is it just differences in programming? There's no rhyme or reason."

"What we're facing now is really thin audience numbers throughout the run," says Wren T. Brown, producing artistic director and co-founder of Ebony Repertory Theatre, which runs out of the 400-seat Nate Holden Performing Arts Center in Mid-City. "Even when we invite large numbers, they are not there."

Audience hesitancy is greatly exacerbated by a lack of a cohesive policy regarding mask and vaccination mandates. In the early days of reopening, the county public health department required that masks be worn and vaccination status be checked. Those rules evaporated in early March when the omicron surge subsided, leaving individual organizations responsible for implementing their own rules surrounding COVID safety. This has resulted in a patchwork of regulations that vary from venue to venue.

Steingraber says the situation has made audiences anxious and irritable, with some patrons reacting angrily when told to mask up in one place after going mask-free in another.

The pandemic's silver lining, say those interviewed, is that performing arts groups had to rally around one another in service of mutual survival. The result is that organizations have never been closer or more in tune and are talking about ways they might implement cohesive COVID safety policies now that government oversight has subsided.

But audiences are only one component of recovery.

The nearly 18 months that stages across the country went dark were also marked by uprisings for racial and social justice, for equity of access, for diversity onstage, backstage and in the audience. So the question, according to those interviewed, is no longer about simply returning to stages but, rather, what various organizations want to look like, what kinds of productions they choose to stage, and how they want to operate as they seek to regain financial footing.

Optimism abounds among arts organizations about what they are capable of and what they are trying to accomplish at this pivotal moment in time. If they can just hang in long enough to see regular full houses.

Brown believes battered audience enthusiasm can be shored up by shifting the conversation from financial losses to the potential loss of the art form itself and what that would mean for the community.

"There has to be a real narrative about the vital importance of the arts in troubled times, like that of the pandemic," Brown says. "There is something profound about the communal dynamic of performing arts, and if we start focusing on what we do, and why it's meaningful and impactful on society, I think we will go a long way toward encouraging a quiet return to the theater."