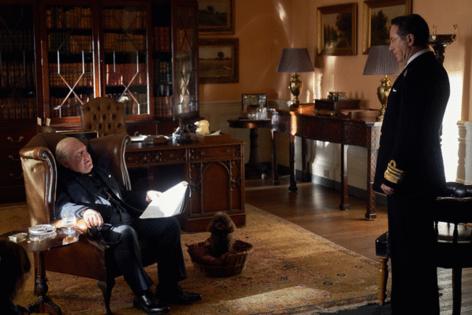 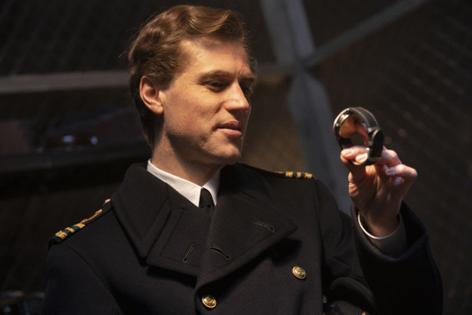 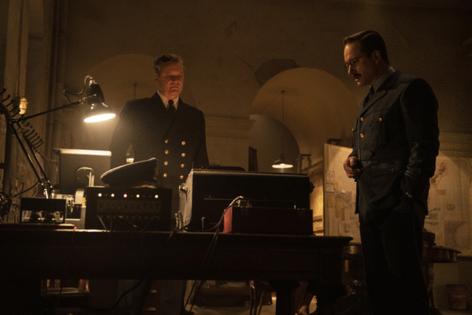 With any war movie, the safe audience bet typically favors the immediate, graphic horrors of battle. That way, when you see a title such as “Hacksaw Ridge,” you know a director (in that case Mel Gibson) will be operating with a cinematic license to slaughter.

Espionage makes for subtler, trickier storytelling. “Operation Mincemeat,” now purring along, confidently, on Netflix, takes as its subject a singular feat of deception cooked up by British intelligence in 1943. How decisively the operation turned the Allied tide against Nazi Germany is up for historical debate. But the men and women of MI5 assuredly helped make the invasion of Sicily a key Allied military success.

Hitler’s forces were tricked by an eccentric group of plotters, including no less than three current or future spy novelists, among them Lieutenant Commander Ian Fleming of future James Bond fame. Using the corpse of an itinerant Welshman, the Jewish barrister turned naval Intelligence officer Ewen Montagu led a team of British military strategists in creating the ruse.

The borrowed corpse? He played the role of a fictional British soldier with a fastidiously detailed back story. The body, in uniform, with letters from his fake sweetheart tucked in a pocket, was strategically plunked into the ocean off the coast of Spain, officially a neutral country at the time.

The corpse washed up on the coast of a fishing village, as planned. The dead soldier’s waterlogged briefcase contained papers indicating an imminent invasion of Greece and Sardinia, even though everyone on all sides of the war expected the Allies to hit Sicily next. Hitler bought the ruse.

Colin Firth plays Montagu; Matthew Macfadyen takes the role of Montagu’s colleague Charles Cholmondeley, a former RAF pilot. In the movie’s framing, the other two key team members were Hester Leggett (Penelope Wilton) and the MI5 clerk Jean Leslie (Kelly Macdonald). Leslie donated a photo of herself to the cause, “becoming” the dead soldier’s sweetheart.

Screenwriter Michelle Ashford works from the book “Operation Mincemeat” by Ben Macintyre, while carving out a lot of her own narrative for the work and emotional lives of Montagu, Cholmondeley and Leslie. This chaste but tense romantic triangle works roughly 61% of the time. By the book’s account, Montagu was indeed sweet on Leslie. Director John Madden’s film has a lot to juggle, though, and there are times when you think, yes, well, we’d better get back to the mission.

That said: The superb Macdonald is the heartbeat of the movie, so “Operation Mincemeat” benefits from every scene she’s in. The movie’s up to lots more. Montagu’s brother was a Communist sympathizer and, as British intelligence brass believed (based on some evidence), he may have been spying for the Russians. Higher up the chain of command, Simon Russell Beale nails his two scenes as Winston Churchill, without the prosthetic wonders Gary Oldman had in “Darkest Hour.”

In the margins, future spy novelist Fleming (Johnny Flynn) is seen typing away in the recesses of the basement office. By most accounts, the idea for the real-life Operation Mincemeat came from Fleming, though his superior, Rear Admiral John Godfrey, took credit for it. If that’s a lot of names and particulars to track, well, the film is like that, too. It’s the kind of thing where Firth, as Montagu, rattles through a line such as “Yes, it’s simply a variation on the Haversack Ruse,” and then we get a definition of the Haversack Ruse a little while later.

Macfadyen, lately of “Succession,” takes top stealth honors, deftly capturing the rapid-fire story-conference banter with Firth — they’re a two-man writers’ room, in episodic TV parlance — as well as the forlorn, lovelorn loner not above romantic sabotage. This is not the first film to take on this story: In 1956, director Ronald Neame’s heavily fictionalized “The Man Who Never Was” starred Clifton Webb as Montagu.