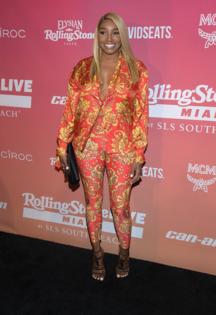 ATLANTA — Bravo turned NeNe Leakes into a star. NeNe Leakes turned “The Real Housewives of Atlanta” into a hit. For much of the past 14 years, the network and the long-time Duluth resident have had a mutually beneficial relationship.

Over 74 pages, she cited multiple examples of the network tolerating alleged racist behavior on various “Housewives” shows over the years and providing the one white castmate on “Real Housewives of Atlanta” Kim Zolciak-Biermann preferential treatment over the Black cast members. She also accused Zolciak-Biermann of inflammatory and racist comments against her and was forced to take down social media by Bravo calling those actions out. (She did not name Zolciak-Biermann in the lawsuit as a defendant.)

“NBC, Bravo and True [Entertainment, which produces RHOA] foster a corporate and workplace culture in which racially-insensitive and inappropriate behavior is tolerated — if not, encouraged,” the lawsuit states.

Leakes told TMZ recently part of the reason she filed the lawsuit was to “stop discrimination against Black women.”

The Atlanta Journal-Constitution reached out to a veteran Atlanta attorney and a Georgia State University law professor to get their thoughts on the merits of the case.

A. Lee Parks, who has been practicing employment law for 45 years, called the lawsuit a “mish mosh.”

Parks compared the lawsuit to the one filed earlier this year by Black NFL coach Brian Flores alleging a pattern of racist hiring practices. It’s clearly written to generate headlines and garner negative publicity against the defendants, he said.

“It looks like a chess move in a larger negotiation,” said Parks, who has never represented reality stars but has worked with clients in the entertainment world. “She may be using this to gain leverage.” He said she may be still angling for her own TV show on Bravo, something Leakes denied was her goal in her brief encounter with TMZ.

After the second season of “Couples Therapy” aired on Showtime last year, a publicist hired by one of the couples reached out to offer an interview. “Couples Therapy” may be a high-minded nonfiction show but it ...Read More

That didn’t stop a viewer from reaching out to “Abbott Elementary” creator and star Quinta Brunson asking ...Read More

David Letterman may have given us more laughs than anyone in TV history. There's plenty of supporting evidence of it on his new YouTube channel, which is constantly being updated with classic clips from his past late-night...Read More

Kenny Loggins had already established himself as a pop star — first as half of the rootsy Loggins & Messina, then as a yacht-rocking solo act — by the time he became the unofficial king of the movie soundtrack in the ...Read More

Tom Cruise is back in the cockpit as U.S. Navy airman Pete “Maverick” Mitchell, 36 years after ...Read More