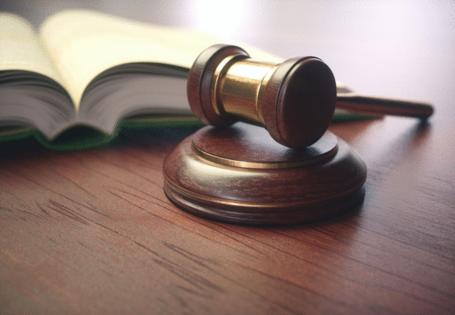 LOS ANGELES — Jeffrey Cooper, a renowned architect and acoustic engineer, carved out a prestigious place in the Hollywood firmament. Over the years he designed movie theaters and sound studios, including an Academy of Television Arts and Sciences theater and more than two dozen of the mixing studios that produced Academy Award nominees for sound, according to the website of his eponymous Calabasas-based firm.

For a galaxy of top directors including Francis Ford Coppola, George Lucas, Martin Scorsese and Steven Spielberg, Cooper was the go-to man to design their home studios. Beyond Hollywood, Cooper was the architect behind the Aish HaTorah World Center in Jerusalem and he proposed the design for a slavery and culture museum in Benin, according to a Medium.com essay he penned in 2020.

In 2002, Cooper became a member of the Academy of Motion Picture Arts and Sciences for his contributions to acoustics and theater design.

However, Cooper's personal life has taken a turn away from the accolades and praise heaped on him professionally. He has been accused of serious misconduct.

This week his criminal trial for allegedly sexually molesting two minors began in Los Angeles Superior Court in Van Nuys. He faces eight counts, including "oral copulation or sexual penetration with a child 10 years or younger." Cooper has pled not guilty.

The trial is expected to last three weeks. If convicted on all counts, Cooper is looking at the possibility of life in prison. The case has drawn scrutiny because of Cooper's continued membership in the film academy, four years after he was arrested.

In June 2018, L.A. County Special Victims Unit detectives arrested Cooper, then 66, on suspicion of multiple counts of child molestation, according to court records. The acts are alleged to have occurred on one victim between November 2006 and November 2007 and on a second between January 2012 and July 2016, according to the felony complaint for the arrest warrant. At the time of Cooper's arrest, investigators had identified two female victims.

The alleged victims are now 16 and 28, said Neda Lofti, a lawyer representing them and their families. Cooper was a friend of one of the girl's parents and one of their grandparents; they frequented Cooper's Calabasas home, where the incidents are alleged to have occurred, Lofti said.

"Both victims have suffered tremendously. They have been stripped of their youth and dignity, and will suffer irreparable harm for the rest of their lives," Lofti said. "Cooper's actions were despicable, and justice will be served for these victims."