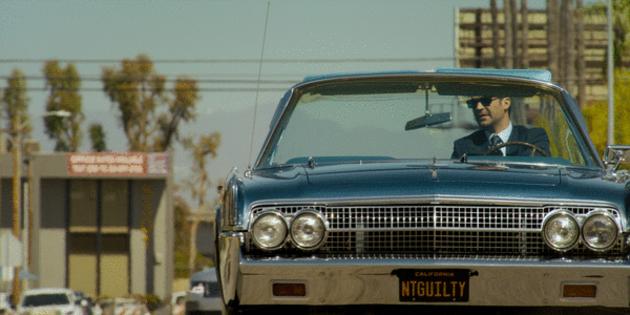 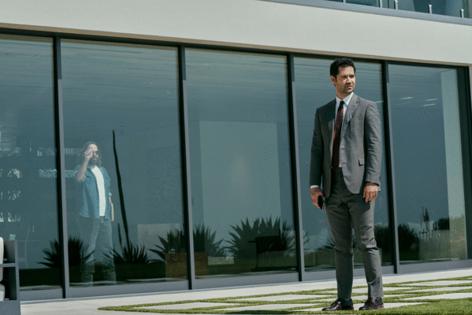 "The Lincoln Lawyer," premiering Friday on Netflix, is a meat-and-potatoes legal thriller starring Manuel Garcia-Rulfo as Mickey Haller, a Los Angeles defense attorney. It was created by David E. Kelley and developed by Ted Humphrey (a producer and writer on "The Good Wife") from "The Brass Verdict," the second of (so far) six novels by Michael Connelly to feature Haller. (Connelly also created the detective Harry Bosch, who appears as a character in that novel but not the series.) It has the distinction of being built on the sort of premise, and with a cast of characters, one might expect to have found on USA when "Suits" was a going concern, or network television when Kelley was all up in its business, but with a modicum of bad words added. Indeed, Garcia-Rulfo comes across as a bit of a Dylan McDermott, the star of Kelley's for-the-defense series "The Practice," with a twist.

Mickey is called the Lincoln Lawyer not because he has the "Henry Fonda Directed by John Ford" folksiness of Honest Abe before he went into politics, but because he became known for working out of one of several Lincoln Town Cars, of various vintages, as he traveled the highways and byways of the Greater Los Angeles metropolitan area, in the service of his clients.

Mickey, who has evidently made a lot of money in his time, is not working at all as the story opens, having been sidelined by a surfing accident that led to a painkiller addiction that led to recovery. When a colleague is murdered, it transpires that his practice has been left to Mickey, a motley mix of cases Mickey is able to dispatch in a few deft moves — he has a superheroic knack for finding the weak or fraudulent spot in his opponent's case — and one very high-profile trial that will occupy most of the 10 episodes: video game mogul Trevor Elliott (Christopher Gorham), accused of murdering his wife and her boyfriend. Mickey's new caseload fires him up immediately, in a deadpan sort of way.

"For the first time in a year, he's alive again," second ex-wife Lorna (Becki Newton), who manages his practice, says to first wife Maggie (Neve Campbell), a prosecutor and the mother of his daughter, Hayley (Krista Warner). "And you know Mickey: The only thing he likes more than a fight is a fight with one hand tied behind his back."

Elliott proves an epically difficult client, but Mickey, who sees this as the case that will restore his career or return it forever to bus-bench billboards — something of an overdramatic stretch, one would think, given his otherwise demonstrated brilliance, but a point he nevertheless reiterates — is determined to fight to the end. In a B story that sometimes bumps up against the A, Maggie is at work on a long-gestating human trafficking case; a C story, which involves a pre-accident client of Mickey's, seems lifted from the first Haller novel, "The Lincoln Lawyer."

In many respects, "The Lincoln Lawyer" plays as a 10-hour pilot — after all, there are five more books to adapt — and as the show goes on, a gang will gather around Mickey in his new enterprise: Lorna, who has been keeping things together when there was nothing to keep together; her boyfriend, Cisco (Angus Sampson), an investigator formerly in a motorcycle gang; and Izzy (Jazz Raycole), one of Mickey's inherited clients, whom he hires as a driver, bringing a touch of "Drive My Car" into the mix. Interpolated scenes, outside the storyline, show them driving down a desert road as Mickey explains the trickier points of lawyering, as a sort of one-man Anglo-Mexican Greek chorus.

There is nothing at all to like about defendant Elliott, and so all one's worry and sympathy go to the lawyer. (He does have his troubles.) What should you know about Mickey? He doesn't much trust the cops or politicians, though his classically prickly relationship with Det. Raymond Griggs (Ntare Guma Mbaho Mwine) is not unproductive.

"The stuff they teach you in law school," he says, "how the system's supposed to work, you get out there and it's all just muddy. Everybody's working an angle. Everybody lies. After a while, you wonder if you're doing any good at all."

He also says, "There's a lot of things I will do to win a case. … I will walk right up to the line. But I will never sell out a client, ever." And, "When I am right, there's no better criminal defense attorney in Los Angeles." And, quoting the old saying, "Better a thousand guilty men go free than one innocent man rot in prison."

And he's a good father, hoping to get back joint custody of his daughter. And, not least important, he is a handsome devil of an advocate — taller and handsomer, by the usual dramatic math, than his designated opponent, Assistant District Attorney Jeff Golantz (Michael Graziadei) — who looks equally good in a suit or a wetsuit. These things matter in television.

A quote from Frank Lloyd Wright makes "The Lincoln Lawyer" sound smart; a reference to K-pop tuned in to what the kids are into; the jazz that Mickey listens to in the car (funky '60s stuff like "Watermelon Man") throws a bone to the older generation. Surprise guest appearances by notable actors make it very much a David E. Kelley production.

If a series this resolutely mainstream, as unconcerned with pushing envelopes and cutting edges, is not typically what streamers have sought to produce — having built reputations on throwing money at capital-C Creatives in a play to corner television prestige — it's not at all unwelcome. (And perhaps a sign of things to come.) It has a sort of modesty — the cast delivers appealing, workmanlike performances that do exactly what they need to without overshadowing any other actor or element of the series. (That's not to say that some don't get some heated moments to play.) The twists are twisted enough to keep things interesting, if that's what you watch for, but as with most if not all character-driven procedurals, it's the characters that keep one coming back.

The plot strains credulity less than many procedural series do — and they all do — and the production aims for realistic local color. Angelenos who have been called for jury duty will find the courthouse lobbies and corridors and courtrooms familiar; local landmarks Taylor's Steakhouse, Pink's Hot Dogs and the Wilshire Ebell Theatre play themselves. The opening credits pan across a map of the city, and you can see where I grew up.

Rating: TV-MA (may be unsuitable for children under the age of 17)

How to watch: On Netflix Friday