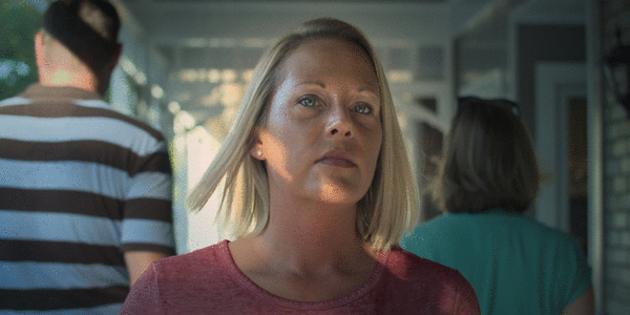 At the moment, far too many true crime documentaries function as little more than an episode of “Dateline.” They report information but lack analysis or even thoughtful ideas about how to use the medium of film to tell a story at once shocking and infuriating. Such is the case with “Our Father” on Netflix, about a fertility doctor who secretly used his own sample to artificially inseminate more than 90 patients.

For years, Dr. Donald Cline was one of the better-known fertility specialists in his Indianapolis community. His patients were led to believe they were being inseminated either with sperm from donors or their own husbands. But Cline had other plans, which he did not disclose to his patients: He used his own sperm. One of his subsequent offspring is named Jacoba Ballard, who was the first to realize something was amiss when she submitted her DNA to 23andMe.

Cline’s deception began to unravel as Ballard found she was related to more and more siblings — an alarming number and the majority of whom live within a 25-mile radius of one another: “I walk around and I could be related to anyone,” she says. A group of the siblings eventually confronted Cline in person and he admitted to what he had done, framing it as a good deed rather than a colossal violation of his patients’ consent. According to the siblings, he has been uninterested or unwilling to acknowledge what a destabilizing event this has been for each of them individually. Some of them speculate that he may have passed along autoimmune disorders. The ripple effects of what he did are substantial, for these siblings as well as their parents, and they were met with a staggering lack of concern or outrage from anyone in an official capacity.

“It’s a sick individual who puts himself in a position to do that,” says one of the siblings. The logistics are even worse; at the time Cline was practicing medicine, sperm samples weren’t frozen but needed to be “live” and inseminated no more than an hour or so after ejaculation. That meant that Cline would go into his office, perform a sex act into a cup, zip his pants back up and moments later walk a dozen or so steps into an exam room, where he then injected his sperm into unwitting patients. “I was raped and didn’t even know it,” is how one of the mothers puts it. The film includes actor recreations, which is a dubious decision, but there is one scene that begins “Our Father” that is especially misjudged, all but portraying the doctor’s preappointment office activities. You don’t need to see the back of an actor’s head bobbing vigorously to be disgusted by what Cline did.

It was Ballard who took the lead in attempting to get someone to hold Cline criminally liable for using his own sperm. Finally, a TV reporter named Angela Ganote decided to investigate. (Yet one more reason we should care about the future of local journalism in the face of crushing corporate consolidations.)

Even so, the prosecutor interviewed in “Our Father” said his hands were tied because, in his opinion, these were not cases of rape or battery. “There’s no crime that focuses on this particular act,” he says. If you’ve watched enough “Law & Order,” you might remember a 1995 episode called “Seed” that centered on a similar crime, but this is where reality and Hollywood diverge; while the fictional prosecutors brainstormed a way to bring charges, that did not happen here.

Director Lucie Jourdan never digs into why fraud charges were never on the table, either. Cline did eventually face charges of obstruction of justice for lying to state investigators about fathering the siblings, but notably, he was not charged with any crime for using his own sperm. He pleaded guilty in 2017 and received no jail time.

Most of the siblings have blond hair and blue eyes and they ponder Cline’s motives. “It’s like we’re this perfect Aryan clan and it’s disgusting,” one says. Whatever his reasons (Cline is not interviewed in the film), he did not want the siblings to go public with their story. But Ballard was undaunted and she’s a tremendous presence throughout. Every time a new sibling pops up on 23andMe, she reaches out to have the hard conversation, explaining the unusual results.

From a filmmaking standpoint, “Our Father” is not especially contemplative about the lives of these families who have been so hurt by Cline. “Isn’t this terrible?” the documentary asks, while never digging much deeper. But it serves a specific purpose. It was important to let the siblings tell their story, said producer Michael Petrella in a recent interview. “They’ve been made to feel they didn’t matter. Their pain didn’t matter. Their voice didn’t matter.”

How to watch: Premiered Wednesday on Netflix

Johnny Depp has spoken his final words in his defamation court battle with ex-wife Amber Heard, saying in rebuttal testimony Wednesday that “no matter what happens” in the case, he’s satisfied that after six years of...Read More