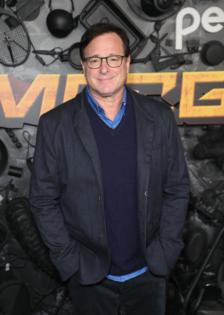 During a Thursday night comedy set at the Peppermint Club in West Hollywood, California, the controversial comedian openly grieved the unexpected loss of his close friend and former colleague.

“Tomorrow I’m going to go lay my comrade to rest,” he said in video footage posted to TMZ on Friday.

“Listen, I’m getting old, so a lot of people I know die... I started doing this comedy young. All of my peers are older than me. These [N-Words] is dying like hotcakes, but I didn’t see [Bob’s death] coming.”

“[Bob] just text me and I saw the text yesterday and never texted him back because I was just busy. Yeah, it happens,” the 48-year-old Emmy Award winner.

A private funeral service for the beloved funnyman’s friends and family was scheduled to take place Friday in Los Angeles.

Authorities said there was no evidence of drugs or foul play. Authorities have said a heart attack or stroke are possible causes.