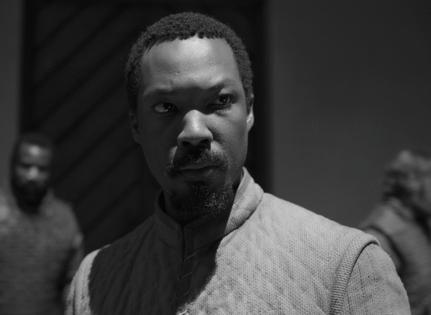 That proved to be an advantage, says Washington, who stars alongside fellow Oscar winner Frances McDormand in “The Tragedy of Macbeth,” now streaming on Apple TV+.

“I’m glad that I hadn’t seen the play or any prior film ... because I didn’t feel that pressure,” Washington told the Daily News. “‘Oh my goodness, this is ‘Macbeth’ and how is mine going to be different than whoever?’ I didn’t see anybody else’s, so there wasn’t that pressure. Obviously, it’s Shakespeare. That’s pressure enough.”

Washington, 67, relished bringing his own interpretation to Macbeth in the black-and-white movie, which is directed by McDormand’s husband, Joel Coen, and tells the tragedy of a Scottish lord’s political ambition after three witches deliver him a prophecy.

The new film features older versions of Macbeth and Lady Macbeth than previous iterations, which added to the urgency felt by Washington and McDormand’s characters during their quest for power.

“I think it’s already there,” Washington said of his approach to the role. “Our age, our look, in my case his weight, and all of that is sort of built-in, so you realize, oh, this is not a spring chicken. This is the last go-round. They’re expecting a favor here. You know, ‘I did my job. I’m expecting to be paid for it, and we’re passed over.’”

Washington’s history with William Shakespeare dates back to his days at Fordham University’s Lincoln Center campus, where he starred in “Othello.” He also led New York City stage productions of “Coriolanus” and “Richard III,” and starred in the 1993 film version of “Much Ado About Nothing.”

“The Tragedy of Macbeth” features another Shakespeare veteran in Corey Hawkins, who stars as Lord Macduff.

Hawkins, who made his Broadway debut in a production of “Romeo and Juliet,” previously portrayed Macbeth as a student at Manhattan’s Juilliard School.