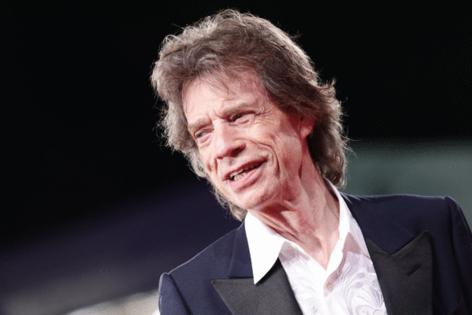 Mick Jagger is at his estate on the Caribbean island of Mustique with Melanie Hamrick, 35, who gave up her ballet career after giving birth to their 4-year-old son, Deveraux.

“They’re an official couple. He cut the strings with every other lover,” said my source.

“He’s introducing her as his girlfriend, having cast aside his other girls.”

Jagger, 78, who has eight children with five women, had heart surgery in 2019 after postponing some concerts.

The singer is said to be very afraid of COVID, and hiding out in his house, in contact only with family members.

Dorothy McGowan gave up her glamorous life as a top fashion model and upcoming movie star to raise her children and do social work.

McGowan, who died Jan. 2 at 82, grew up in Bay Ridge in Brooklyn, the daughter of Irish immigrants.

On HBO’s “Succession,” Brian Cox has played the billionaire media baron and bruising father Logan Roy to much acclaim. It’s a thrillingly profane performance that’s impossible to look away from.

It is the latest...Read More

The phone rings, revealing not just a call from a new number — but one from a new country as well (at least for me).

So, I answer my first-ever call from Iceland and hear a wonderfully familiar voice greet me on the ...Read More

CHICAGO — If its title didn’t already tip you off, “Tenor Time” — out on jazz label AFAR Music this Friday — declares what it’s all about from the very first track. An uptempo rhythm section, flavored with ...Read More

At some point in my childhood, there it was: My first Buster Keaton.

Was he on WGN? PBS? One of the two, probably. In the days before streaming, Blockbuster Video and VCRs, growing up in Racine, Wisconsin, meant being ...Read More

It wasn't supposed to go down in the kitchen.

That was the one room in the Chatsworth home doubling as the Williams family Florida residence in "King Richard" that was off-limits to the filmmakers because the appliances ...Read More