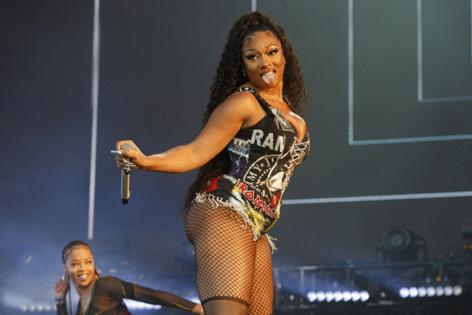 SAN DIEGO — Will the third time be the charm for the world's largest and most lucrative annual music festival?

After being canceled in 2020 and 2021 because of the worldwide COVID-19 pandemic, the Coachella Valley Music & Arts Festival in Indio has finally announced its full 2022 lineup.

Word of the headliners — Billie Eilish, Kanye West, Harry Styles and Swedish House Mafia — leaked out over the past week. But the full list of performers for the festival, which will be held April 15-17 and April 22-24 at the Empire Polo Grounds in Indio, was only announced Wednesday evening.

The lineup, which is the same each weekend, will see Styles headline on April 15 and 22, Eilish on April 16 and 23 and West (who now is billed as simply Ye) and Swedish House Mafia on April 17 and 24.

The full roster of 2022 Coachella performers appears below.

Many fans who had prepurchased three-day ticket packages for the canceled 2020 and 2021 Coachella festivals opted to hold onto their passes for this year's edition. As a result, passes for Coachella's first 2022 weekend are no longer available.

However, there is a waiting list at coachella.com for those wishing to buy tickets for the second weekend, for which the presale began Friday. Prices range from $449 for a three-day general admission pass to $1,049 for a three-day VIP package.

The most upscale VIP and lodging package, in air-conditioned safari tents with concierge services and other amenities, cost $9,500 for two people, plus service fees.