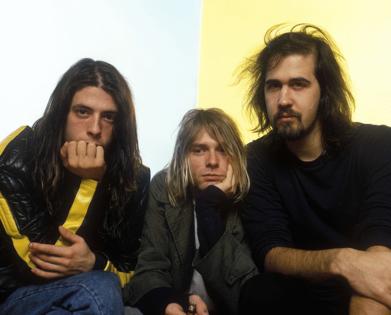 Spencer Elden, the 30-year-old artist who was photographed naked as a baby for the cover of Nirvana’s “Nevermind” album, is still pursuing his federal personal injury and child pornography lawsuit against the band.

The case, originally filed in U.S. District Court in California in August, had been dismissed earlier this month after Elden missed a deadline. It was reopened and amended Wednesday when the California resident filed a second amended complaint that alleged that the 1991 album’s cover art, which features him in a swimming pool with his genitalia showing, was taken and used without his consent.

"(D)uring the ten years preceding the filing of this action, each Defendant knowingly possessed, transported, reproduced, advertised, promoted, presented, distributed, provided, and/or obtained child pornography depicting Spencer, who had not attained the age of 18 years when this image was printed on the cover of Nirvana’s ‘Nevermind’ album,” said the new complaint, obtained Thursday by the Los Angeles Times.

Elden is seeking an injunction on future sales, marketing and distribution, a jury trial and $150,000 from each defendant in damages as well as punitive damages “to deter others” from similar conduct.

The defendants named in the lawsuit include the surviving members of Nirvana, Dave Grohl and Krist Novoselic, as well as the late Kurt Cobain’s widow, Courtney Love, who is the executor of his estate, photographer Kirk Weddle, drummer Chad Channing and a number of record companies connected to the album.

In a Jan. 3 order, U.S. District Court Judge Fernando M. Olguin gave Elden and his legal team 10 days to amend his complaint and refile the lawsuit by Thursday. The defendants have until Jan. 20 to respond. Had Elden missed Thursday’s deadline, Olguin said the lawsuit would be dismissed without prejudice.

Wednesday’s revised and updated pleadings include new information about the creation of the album cover, including images and materials that allegedly illustrate the “Nevermind” creators’ “deliberate choices to commercialize and exploit the sexually explicit photo lasciviously depicting Spencer’s genitals,” Elden’s attorney, Robert Y. Lewis, said in an e-mail to The Times.

It also clarifies that Elden’s case “concerns and seeks damages incurred from the distribution of the image on the album and other paraphernalia over the last 10 years. It therefore is not barred by the 10-year statute of limitations,” Lewis said.

Attorneys for the defendants declined to comment Thursday on the new complaint.

Elden alleged that they “intentionally commercially marketed” his nude photo and “leveraged the lascivious nature of his image to promote the ‘Nevermind’ album, the band, and Nirvana’s music, while earning, at a minimum, tens of millions of dollars in the aggregate.”

He also accused them of using the image “as a foundational element of their record promotion scheme” and for rereleasing the album on its 30th anniversary last September and continuing “to feature a lascivious exhibition of Spencer’s genitals on the cover.”

As a result, the complaint said, Spencer “suffered damages during the ten years preceding the filing of this action, and he will continue to suffer damages as long as the violations described above persist.”

LOS ANGELES — Ye, the rapper formerly known as Kanye West, is being investigated for criminal battery by Los Angeles police after he allegedly punched a fan who asked for his autograph outside a downtown nightclub early ...Read More

Musician John Mayer and comedian Jeff Ross teared up while swapping stories about their love for Bob Saget — and Saget's love for them — while they were retrieving their mutual friend's car from the airport Wednesday. ...Read More

LOS ANGELES — Seeking to broaden the appeal of its streaming service Peacock, NBCUniversal said Thursday said it plans to launch a Latino-focused programming hub, Tplus, on the platform.

The new offering, which is ...Read More

Even now, more than half a century after it came out, “Be My Baby” has the power to overwhelm.

One of the most intense pop records of all time, the Ronettes’ 1963 girl-group classic is a study in too-much: a ...Read More

A collection of 270 medical professionals reportedly signed an open letter to Spotify asking the media platform to rein in Joe Rogan, its most listened to podcaster, whom they accuse of promoting junk science with regards ...Read More